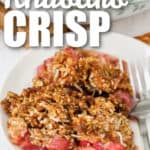 This Rhubarb Crisp recipe is so easy to make and a pure delight to eat!

There is something so comforting about a sweetened oat crisp crumbled over a sweet and slightly sour filling of colorful rhubarb. Top it off with a scoop of simple vanilla ice cream and dessert has been made. It’s the best! 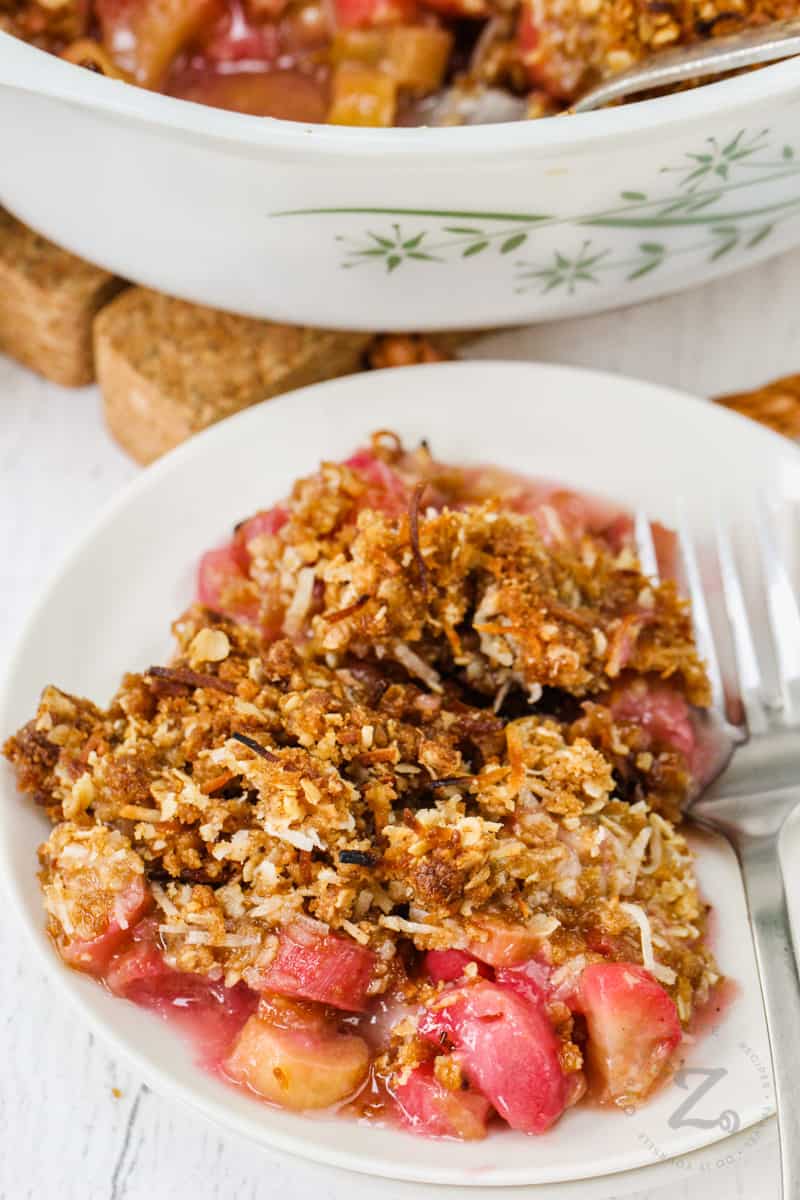 PIN this Rhubarb Crisp recipe to your DESSERTS Board! 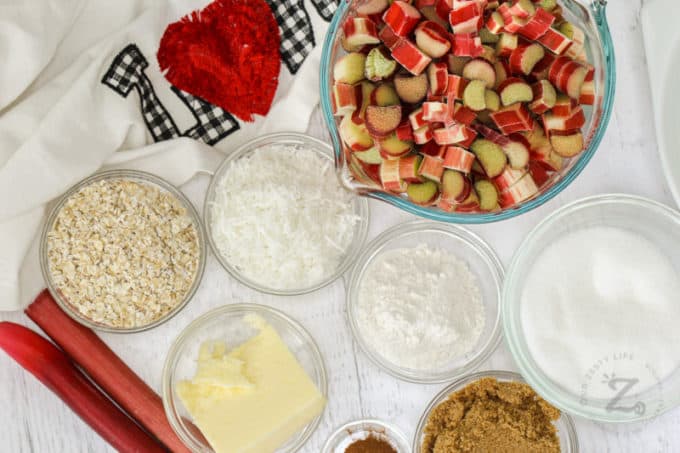 RHUBARB To peel or not to peel seems to be the question with rhubarb. If you love rhubarb but don’t like the strings, try peeling the stalks. They can be peeled just like celery. Younger rhubarb tends to be less stringy than older rhubarb.  We give you the liberty to card your rhubarb! This recipe calls for 5-6 stalks. And for anyone who loves rhubarb, definitely try  Raspberry Rhubarb Crisp, Rhubarb Bars, or Rhubarb Applesauce Muffin Recipe.

THE CRISP The topping is the crown of this easy crisp recipe. Remember to pack the brown sugar into the measuring cup. To make it gluten-free substitute gluten-free oat flour for the wheat flour. Sprinkling walnuts or blanched chopped almonds over the crisp adds extra flavor and nutrients. Want to make this recipe without oats? Use a yellow cake mix. Just mix a box of the cake mix with ½ cup butter, and pour over the rhubarb.

FILLING VARIATIONS There are so many variations to the filling of a crisp – blueberry, apple, raspberry, strawberry, blackberry, cherry, and yes even peaches. Take a look at this awesome Easy Peach Crisp Recipe. It has some great suggestions on how to make an impressive dessert presentation using individual servings in mason jars. 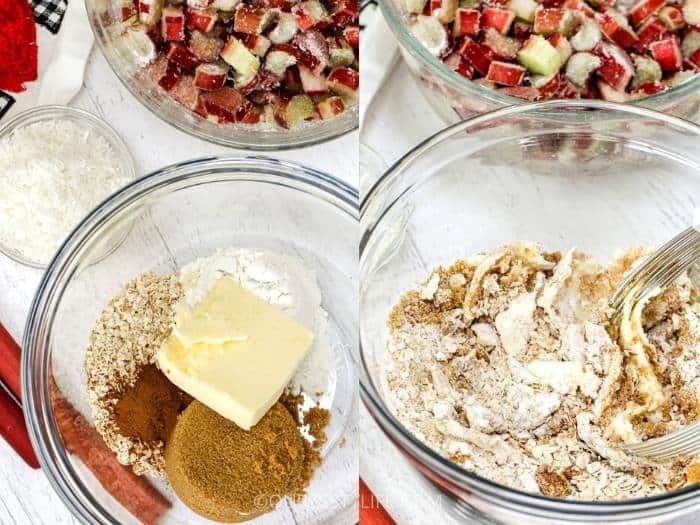 How To Make Rhubarb Crisp

Leftovers? How to Freeze Rhubarb Crisp

If there are leftovers, or there is a lot of fruit that needs to be processed and you are wondering whether the rhubarb crisp will freeze, don’t worry it freezes well. It will keep fresh in the freezer for 6 months. Let it thaw before reheating. Warm in the oven on low until it is heated through. 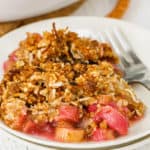 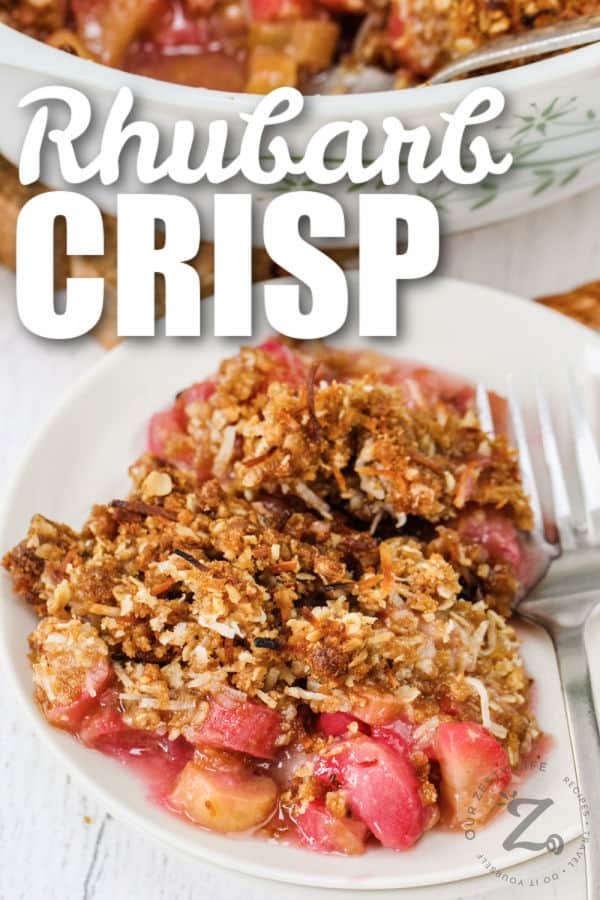 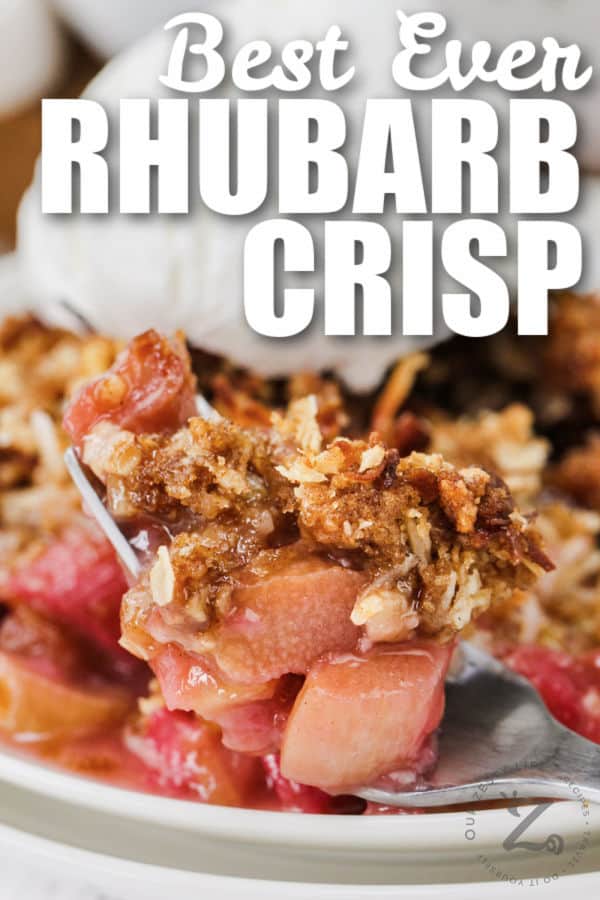 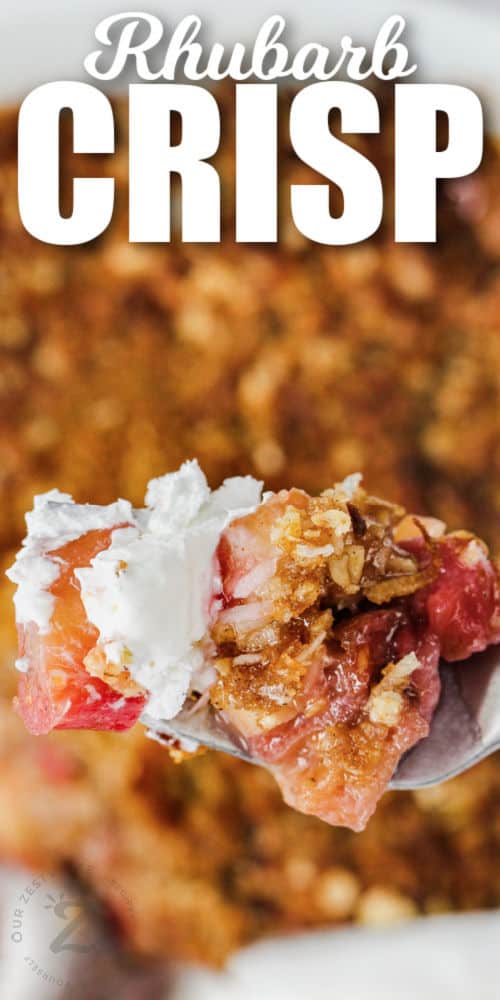 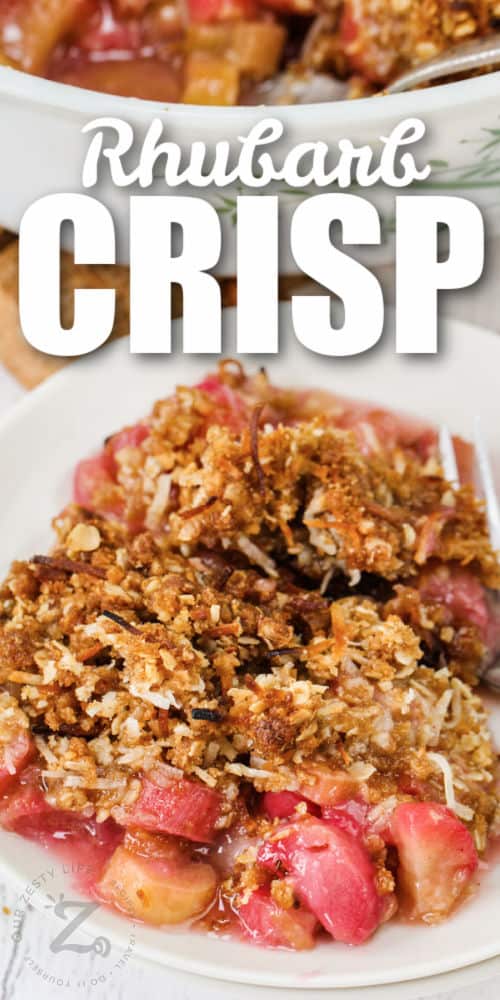 Fresh Pear Bread is a new twist for fall! It’s a

This Rhubarb Crisp recipe is so easy to make and a

This easy Greek Yogurt Dip has an all-Greek and Me

This Cowboy Caviar Recipe is the ultimate black be