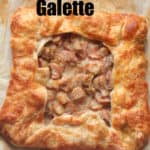 PIN this Rhubarb Galette recipe to your Snacks Board!

What is a Galette?

A galette is a French type of pie or flat cake and is quick and easy to make with puff pastry and rhubarb filling. In France and French speaking Canada, some crepes are known as galettes, such as the Breton Galettes which is a kind of buckwheat flour pancake filled with savory items such as cheese, egg, and meats.

I remember having my first rhubarb galette at a tiny French bistro when I was Montreal, Canada. It was a beautiful sunny day in June and I ate it outside on the patio with a big cold scoop of vanilla ice cream. As they say in French, it was very Ooo-la-la! I definitely wanted to make this at home one day. Maybe I should call my Rhubarb Galette – Rooo-la-la-barb Galette? LOL (thanks hubby!) 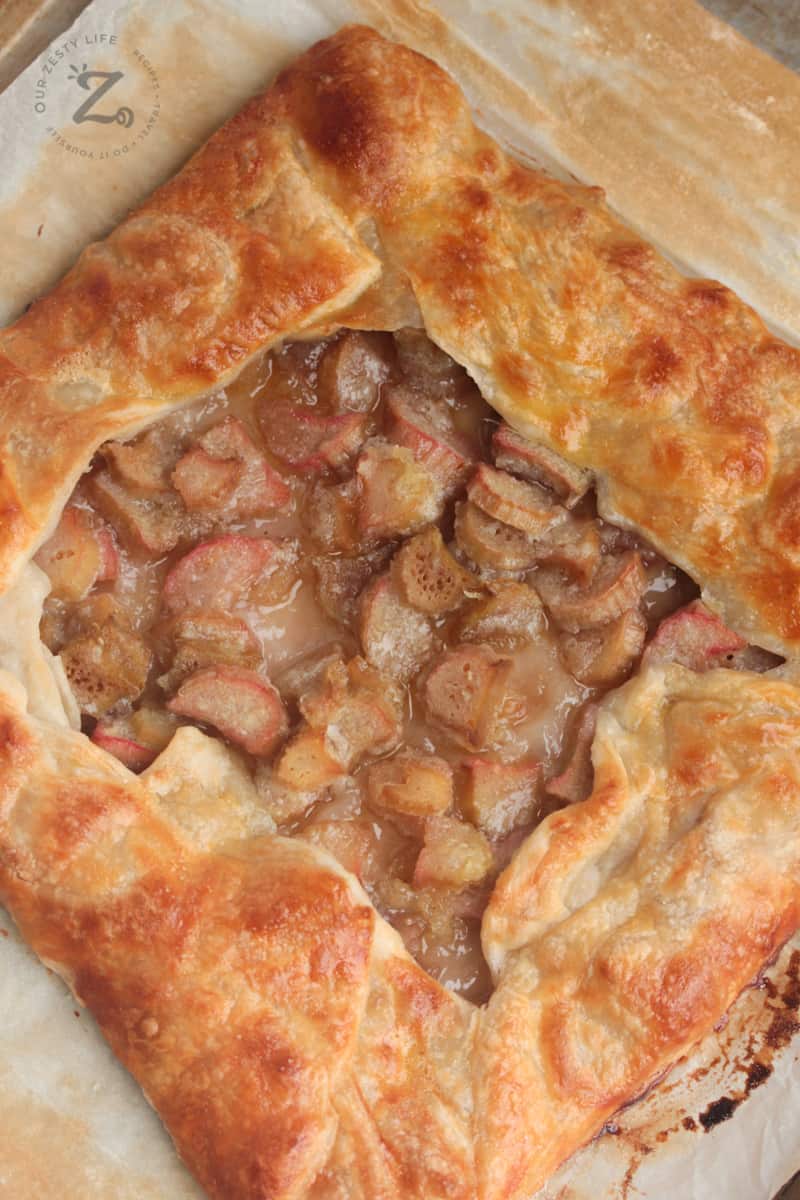 Rhubarb pie and rhubarb galette have a sour, tart flavor, cut with sweetness of the sugar and crust. I add some ginger with the rhubarb mixture. This really gives it a unique zesty flavor.

How to Make Rhubarb Galette

Even if you don’t know how to make rhubarb pie or rhubart tarts, you’ll find this easy rhubarb galette to be a snap! To simplify the recipe, I use ready pre-made puff pastry. This type of rhubarb pie recipe, a galette, couldn’t be easier! Simply: 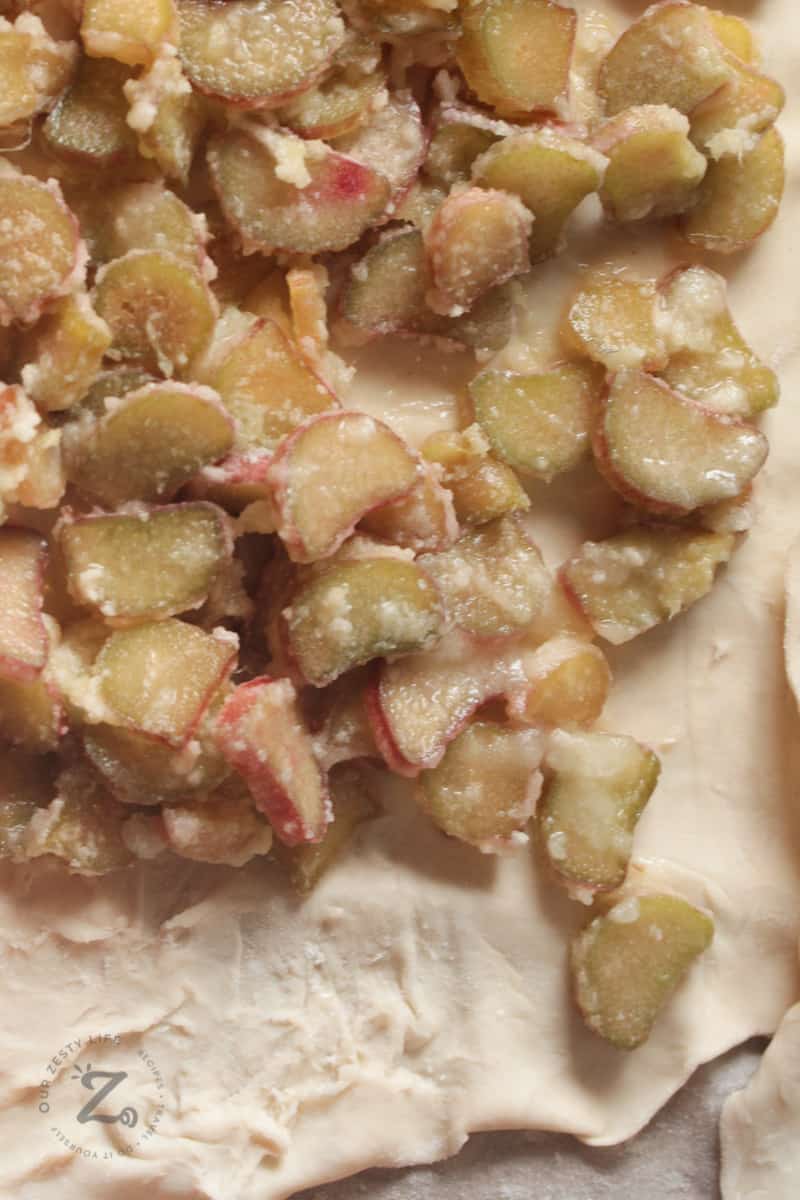 How to Prepare Rhubarb for Pie

Prepare rhubarb much like you’d prepare celery for cooking or a salad. I always wear an apron so the red of the rhubarb doesn’t get on my clothing. Wash the stalks and dry them. Cut out any bruised parts. With a knife, cut near the end to clean it up, and as you cut, pull the strings away down the stalk. Turn the rhubarb around (flipping it), and do the same on the other side of the other end. Finally, thinly slice the rhubarb. 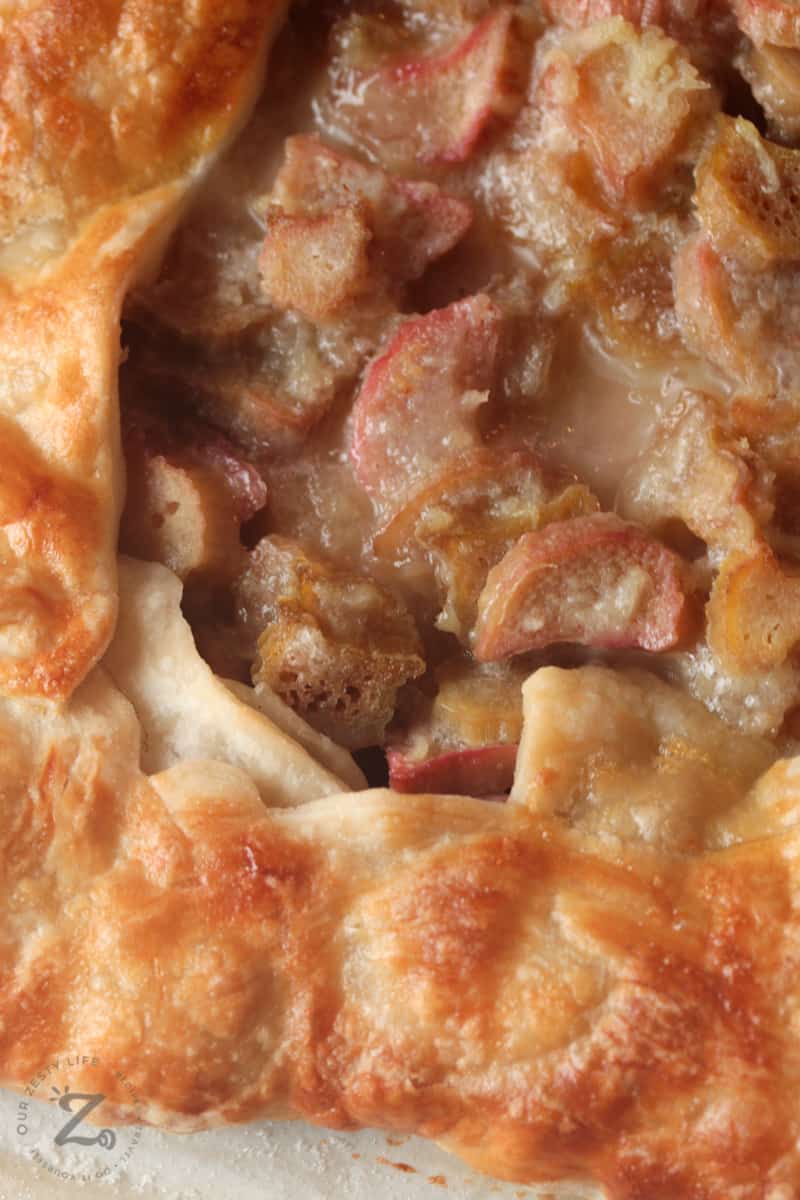 When is Rhubarb Season?

This type of rhubarb pie recipe is easily made with apples, which are available year-round and especially fresh in late summer. The rhubarb galette needs to chill in the fridge for a couple of hours with the custard and then the chilled custard can be added later, either as a scoop for each individual piece or on top of the whole rhubarb galette for extra presentation points. Rhubarb custard pie is another step up in flavor and screams summertime dessert! 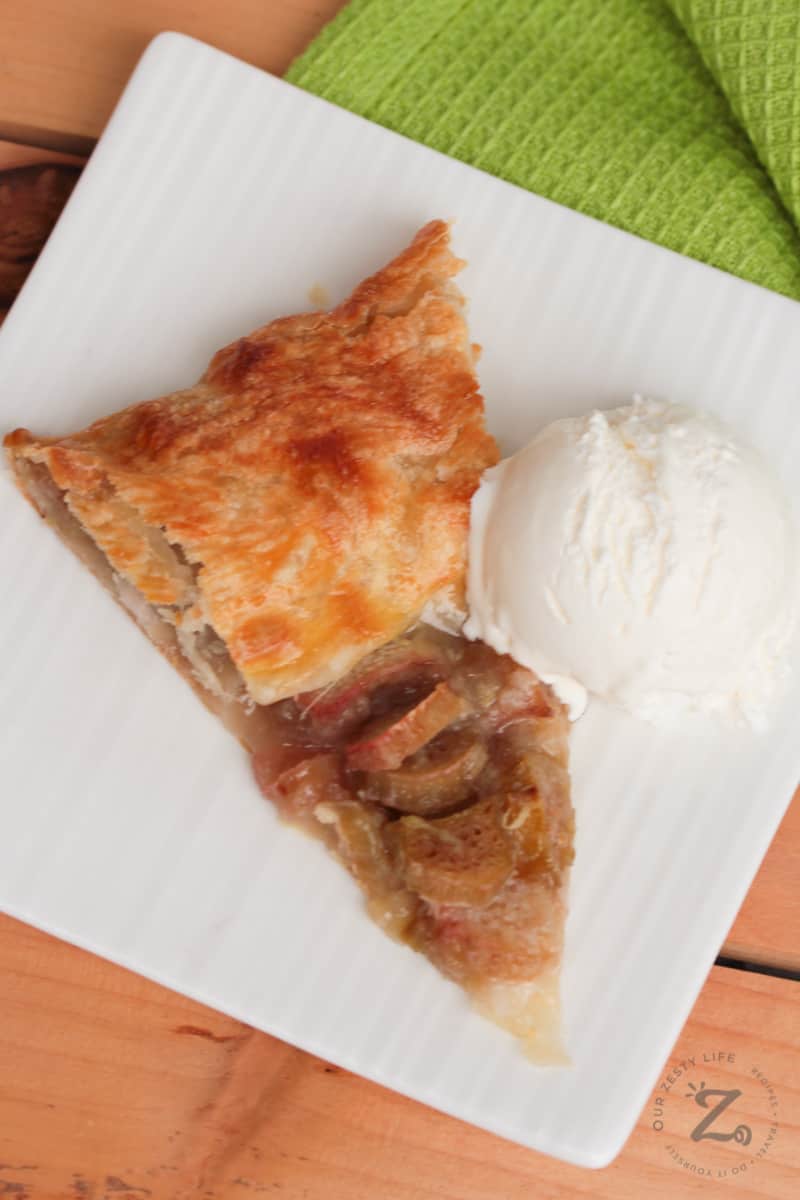 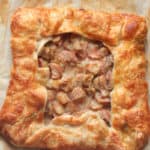 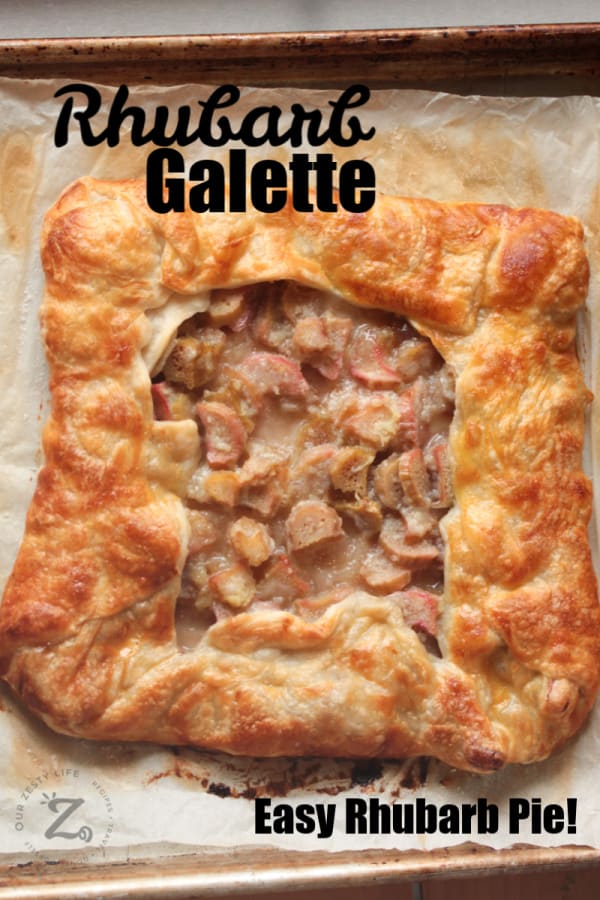 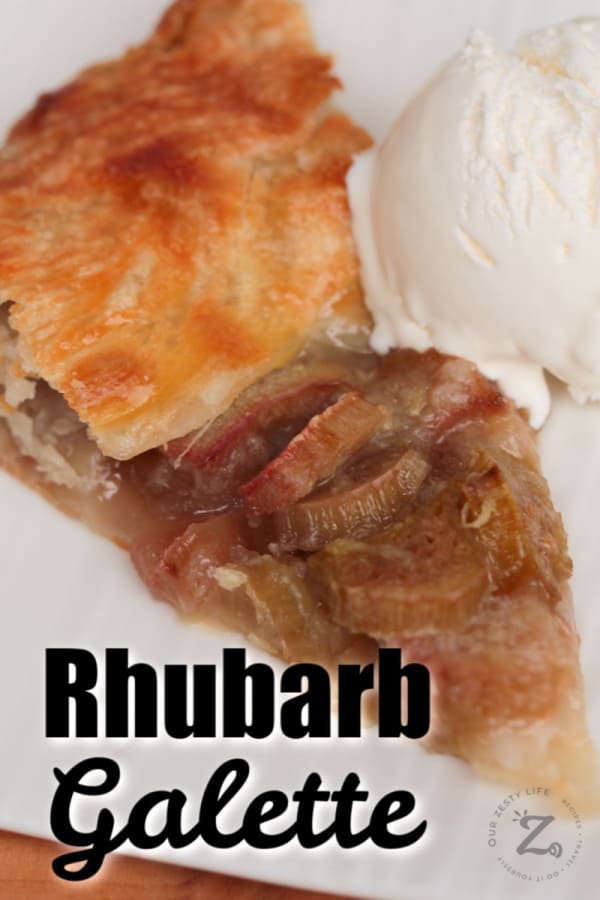 Every home cook needs a classic recipe for homemad