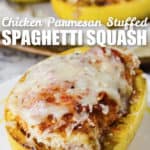 We have a brand new, super easy recipe for Chicken Parmesan with Spaghetti Squash! 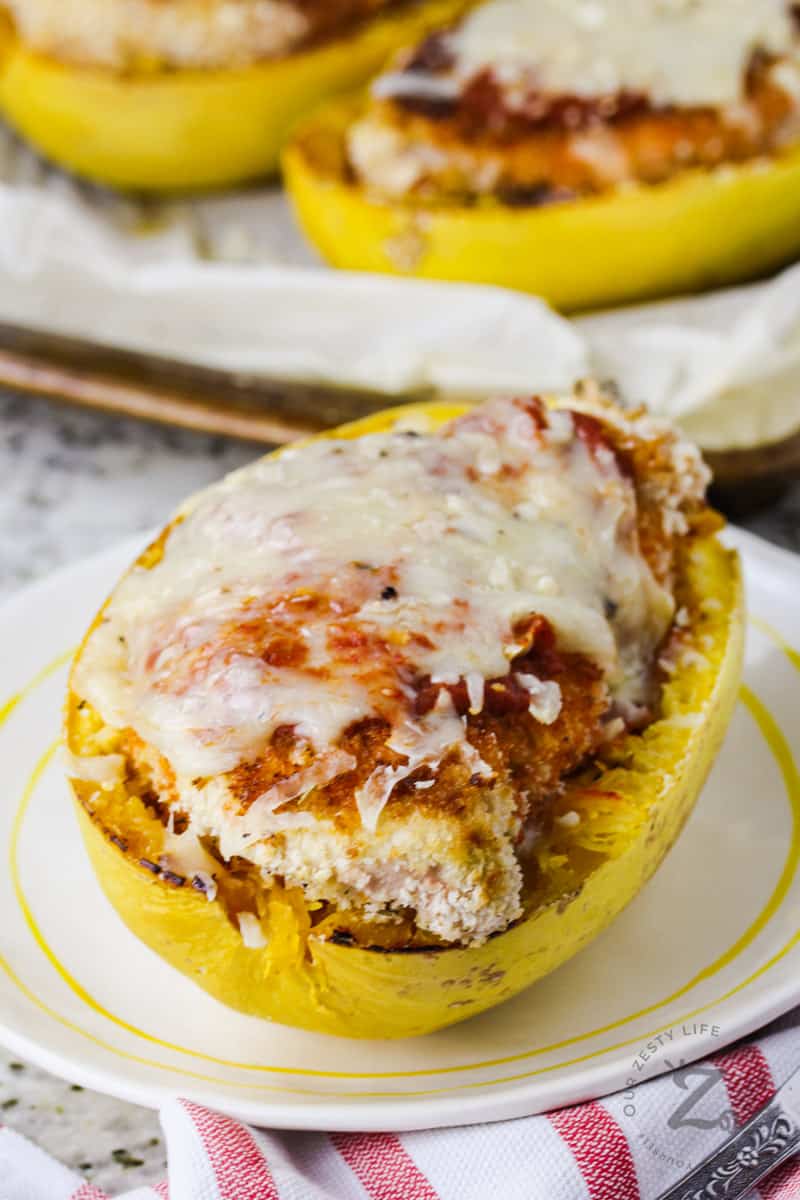 PIN this easy Chicken Parmesan With Spaghetti Squash recipe to your DINNER Board!

What We Love About This Recipe

There are lots of easy chicken parmesan recipes on the internet, but ours takes the tasty classic and makes it especially delish! It’s crispy, coated in a seasoned panko crust. The chicken stays tender and juicy on the inside. Plus it’s served on healthy spaghetti squash instead of carb-heavy pasta! It’s a healthy twist on a famous classic! 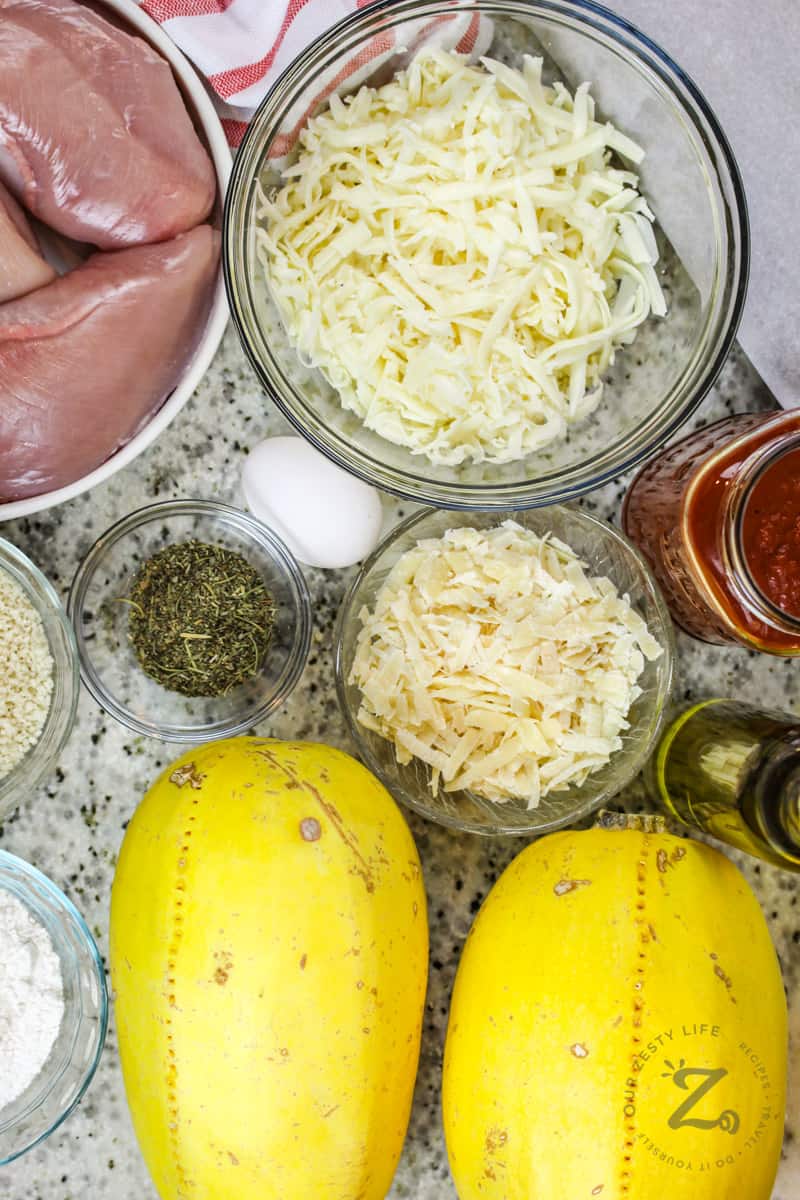 CHICKEN BREASTS – The best homemade chicken parmesan starts with equally sized portions of chicken so they cook at the same rate.

SAUCE – Some flavorful pasta sauce, either homemade or use a favorite kind from a jar. 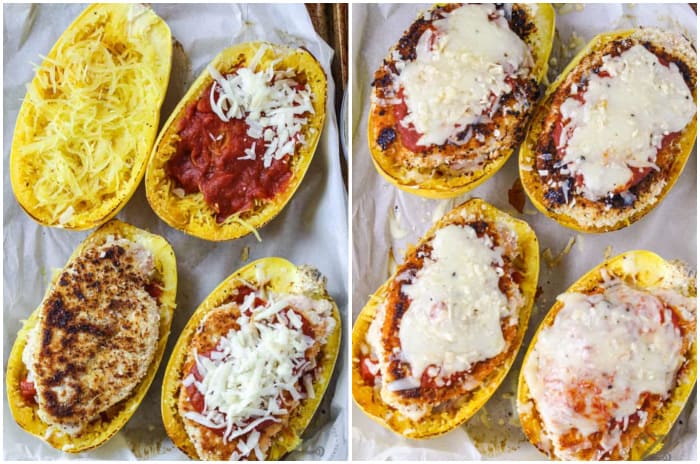 How to Cook Chicken Parmesan with Spaghetti Squash

Chicken Parmesan with spaghetti squash is so easy to make but tastes like a fancy restaurant meal. Here’s an overview to give the basic idea! 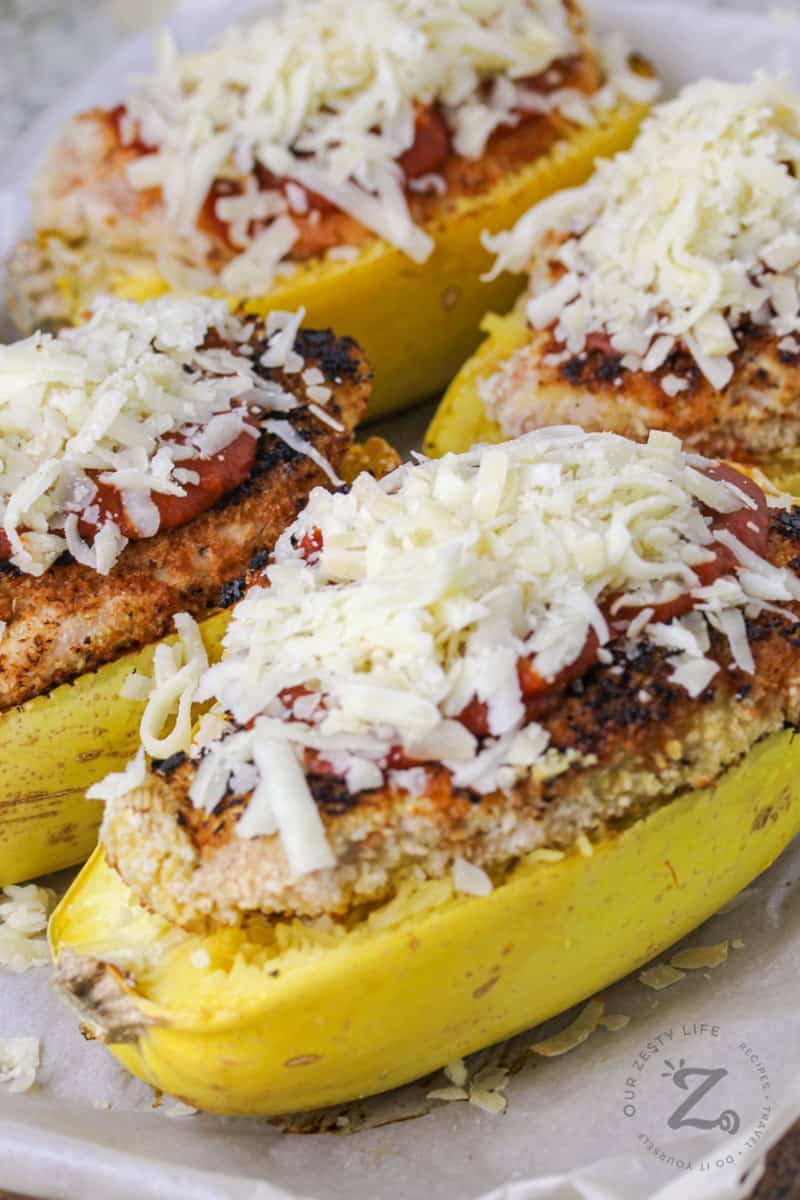 What to Serve with Chicken Parmesan

Chicken parmesan with spaghetti squash is a protein and a vegetable, so we like to keep the sides fairly simple. Serve with some bacon wrapped brussel sprouts for an appetizer, and a red leaf salad. How about a strawberry poke cake for dessert? 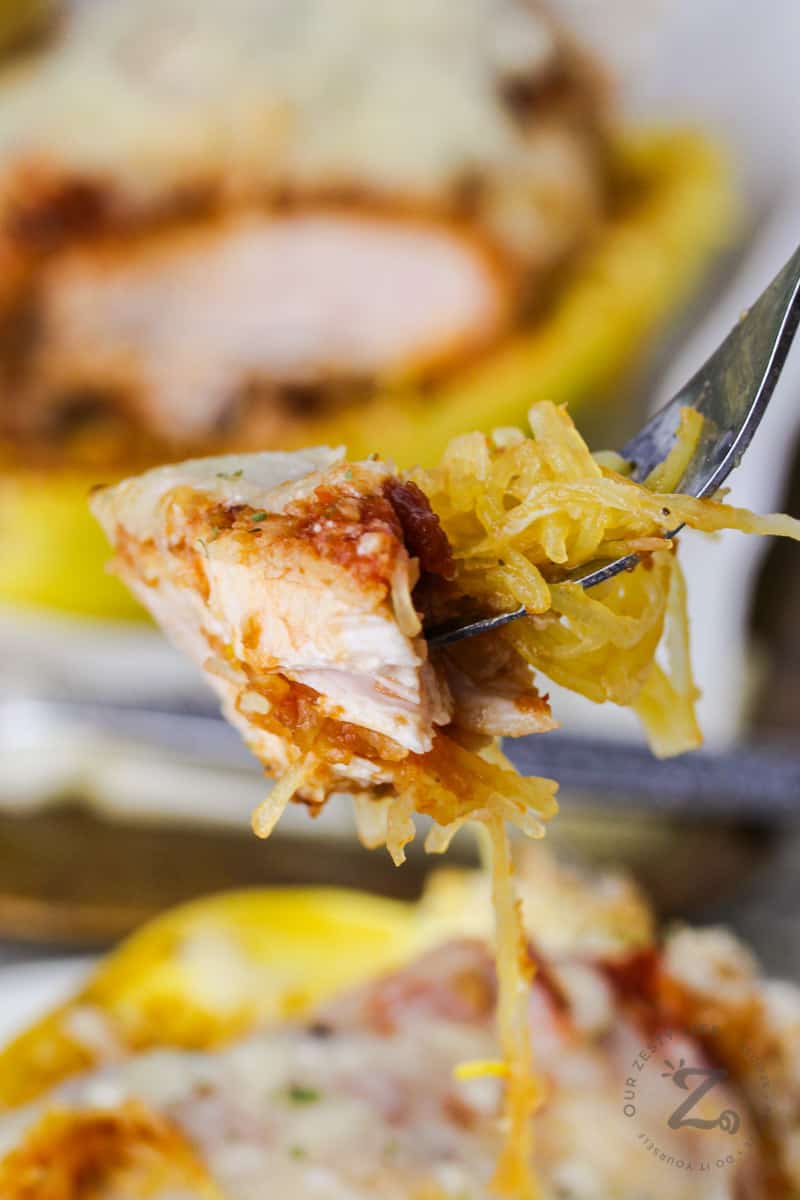 Other Delicious Recipes To Try! 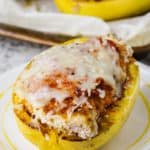 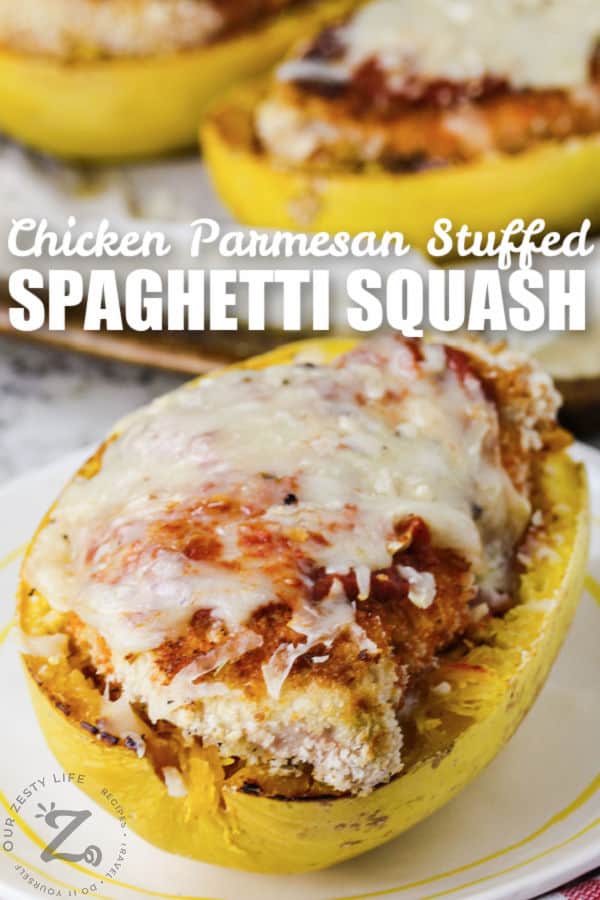 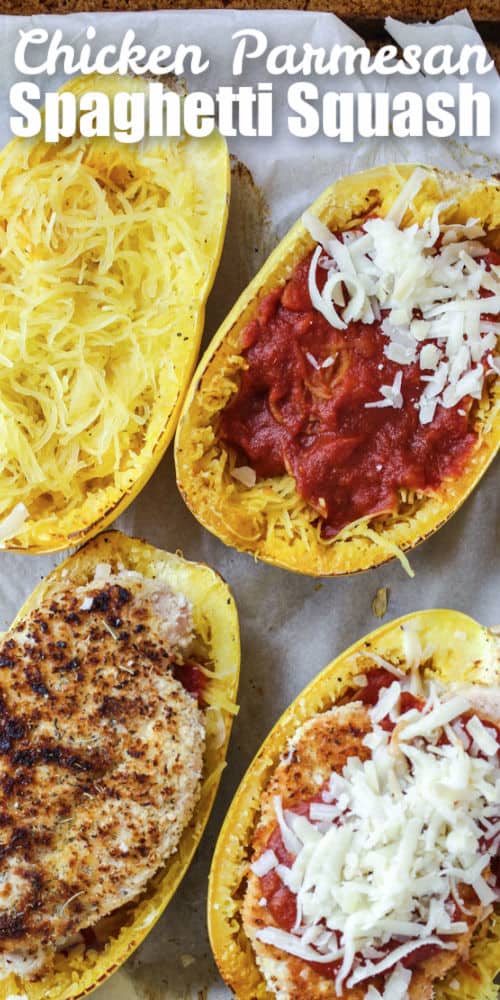 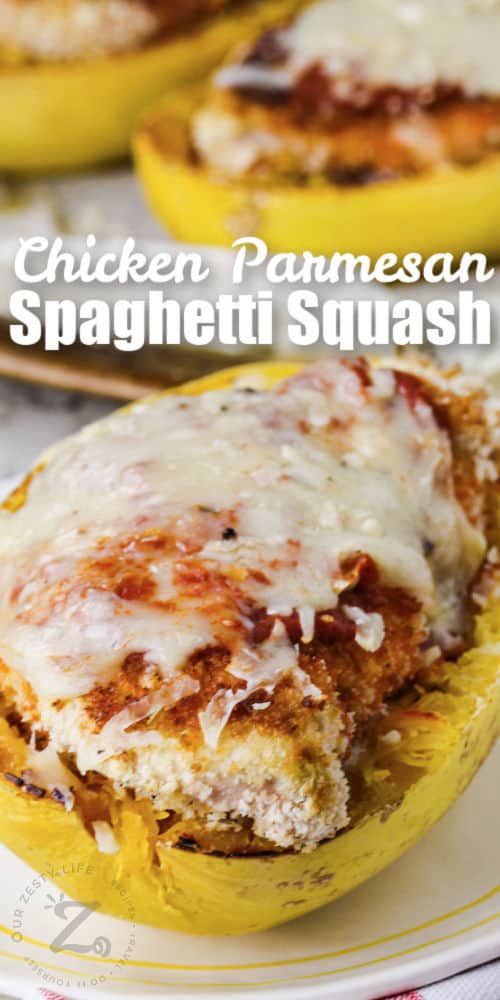 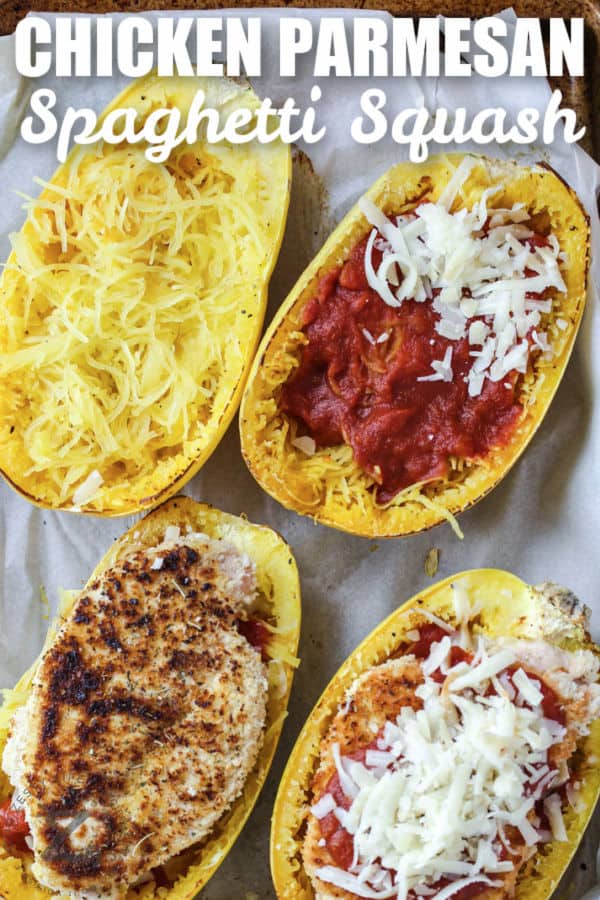 This Cowboy Caviar Recipe is the ultimate black be

With chewy dumplings covered in a cheesy and cream

Nothing smells or tastes better than this Beef Bri

This crunchy Kale Salad is loaded with flavor and

It’s so easy to make a homemade pumpkin pie from