Air Fryer Corn Ribs are a new favorite appetizer and it’s no wonder with a recipe this delish!

This is the super trending corn ribs recipe that everyone is raving about! Sold all summer long at county fairs and festivals, corn riblets are a fun, crunchy snack that’s just as fun to make as they are to eat. Serve them with dipping sauce, or have them as is. Everyone is sure to enjoy this easy tasty appetizer that is just as much fun to make as it is to eat! 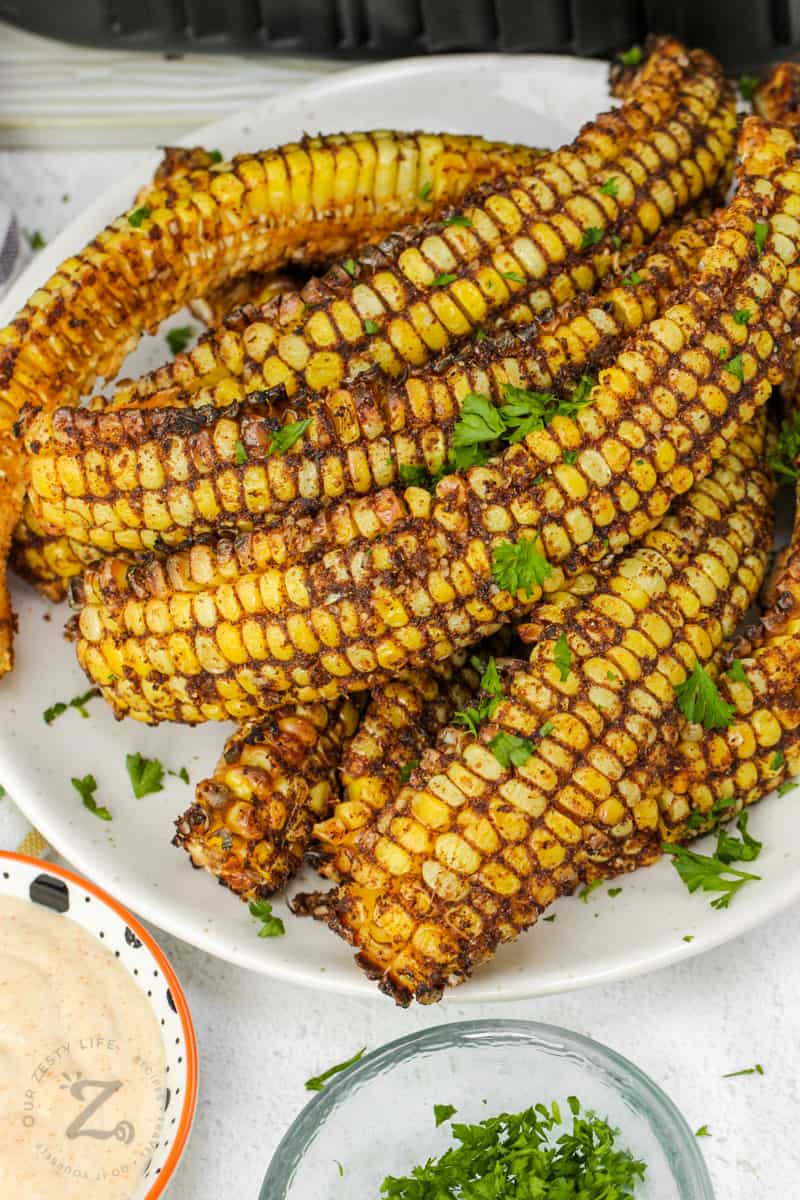 PIN this Air Fryer Corn Ribs recipe to your APPETIZERS Board!

What are Corn Ribs? 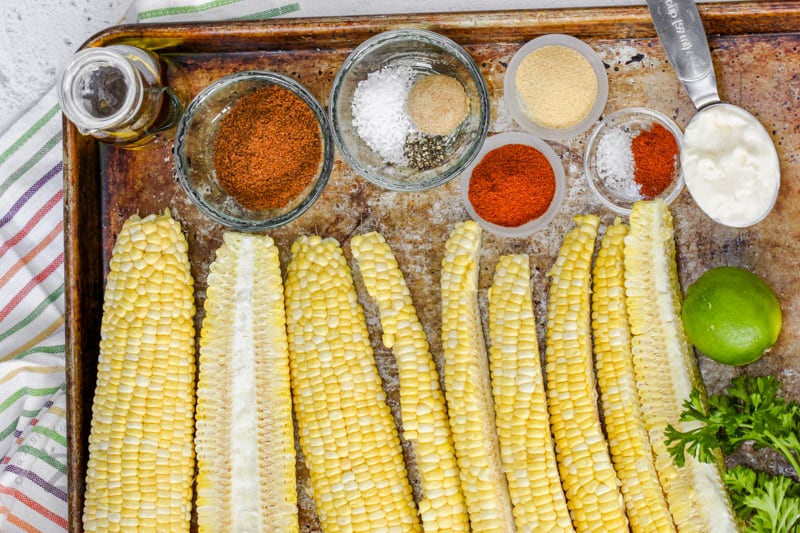 CORN: Fresh or frozen ears of corn that are shucked with the silks removed are used in this recipe. Be sure to let frozen ears thaw first so they are easier to cut. Brush cobs with butter and seasonings.

SEASONING: Try some of these tasty recipes like a tasty Jerk Seasoning, Italian Dressing Mix, or a pre-made taco seasoning or chili seasoning mix. Brush on some bbq sauce or dip corn ribs into Smoked Tomato Guacamole, or a bowl of Creamy Dill Dressing. 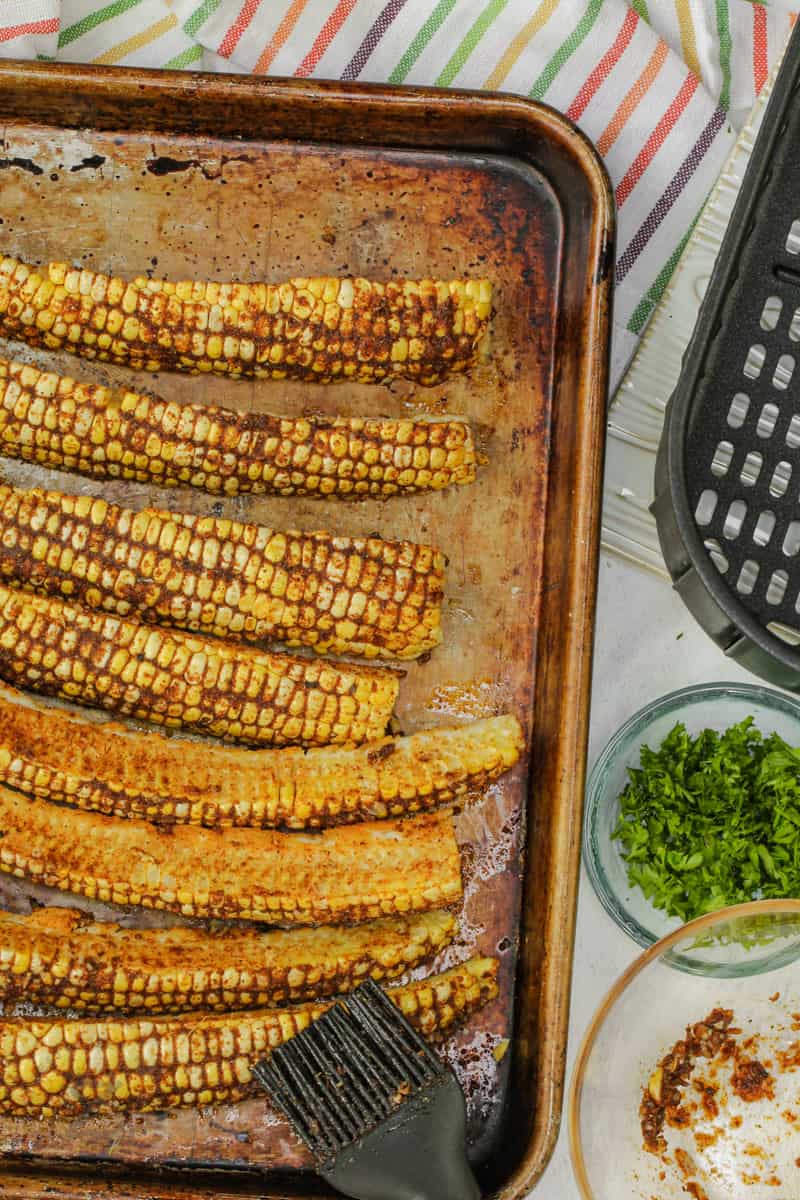 How to Cut Corn into Riblets

PRO TIP – Break cob in two horizontally before slicing it vertically. This may make it easier to slice lengthwise. And use a kitchen towel or cloth to help press down on the knife when cutting corn lengthwise. 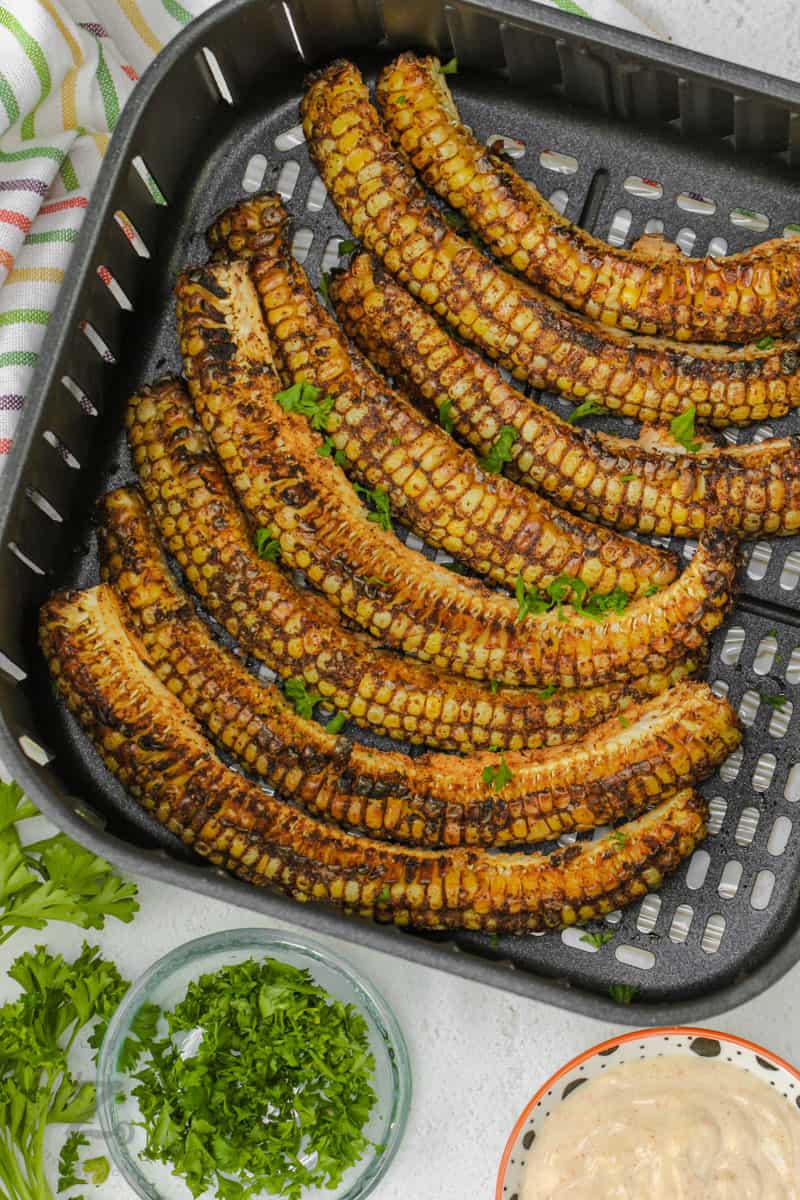 How to Air Fry Corn Ribs

After the prep is done, the rest is super easy:

Keep leftover corn ribs in a zippered bag up to 3 days in the refrigerator. Reheat corn riblets for 3 or 4 minutes in the air fryer on high power, or in the oven at 375˚F for 8-9 minutes, to crisp them up again. 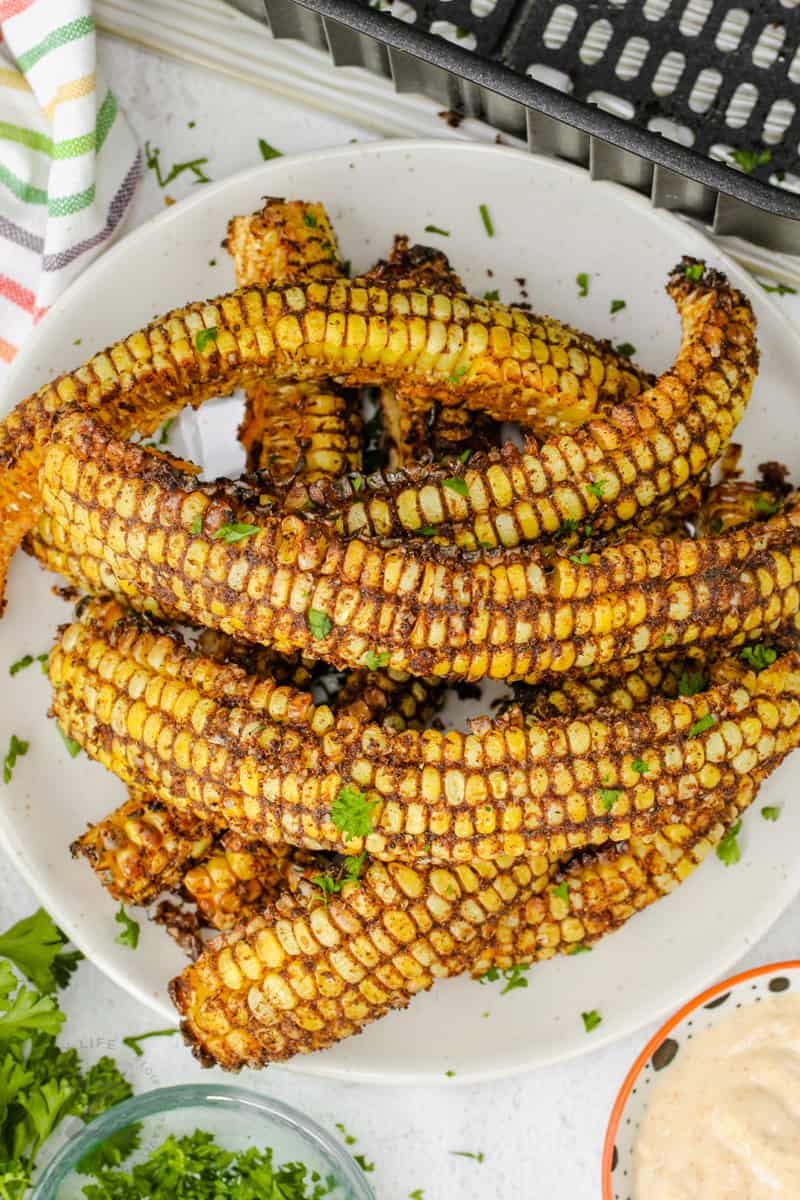 Serving size is 2 ribs each (1 cob cut into quarters = 4 ribs) *to create smaller corn ribs (8 per corn cob)
Cut ends off of corn cobs so that they are flat.
Break or cut each cob in half (crosswise).
Standing one piece of corn on the end, cut in half lengthwise right in the center of the corn using a very sharp knife. Rock back and forth and push firmly to cut through.
Cut each half in half lengthwise again (either by standing up or lying the cob on the side). Rock back and forth and push firmly to cut through. Each corn cob will create 8 corn ribs cutting this way.  Pro Tip - use a knife longer than the length of the corn, and use a cloth to help press down on the knife. Alternatively, break corn in half before cutting lengthwise (creates 8 smaller corn ribs, per above). These corn ribs are best served immediately but will keep for a few days in a container in the refrigerator. Reheat in the air fryer at 370°F for 3-4 minutes or in the oven at 375°F for 8-9 minutes.
5 from 5 votes↑ Click stars to rate now!
Or to leave a comment, click here!

©Our Zesty Life. Content and photographs are copyright protected. Sharing of this recipe is both encouraged and appreciated. Copying and/or pasting full recipes to any social media is strictly prohibited. 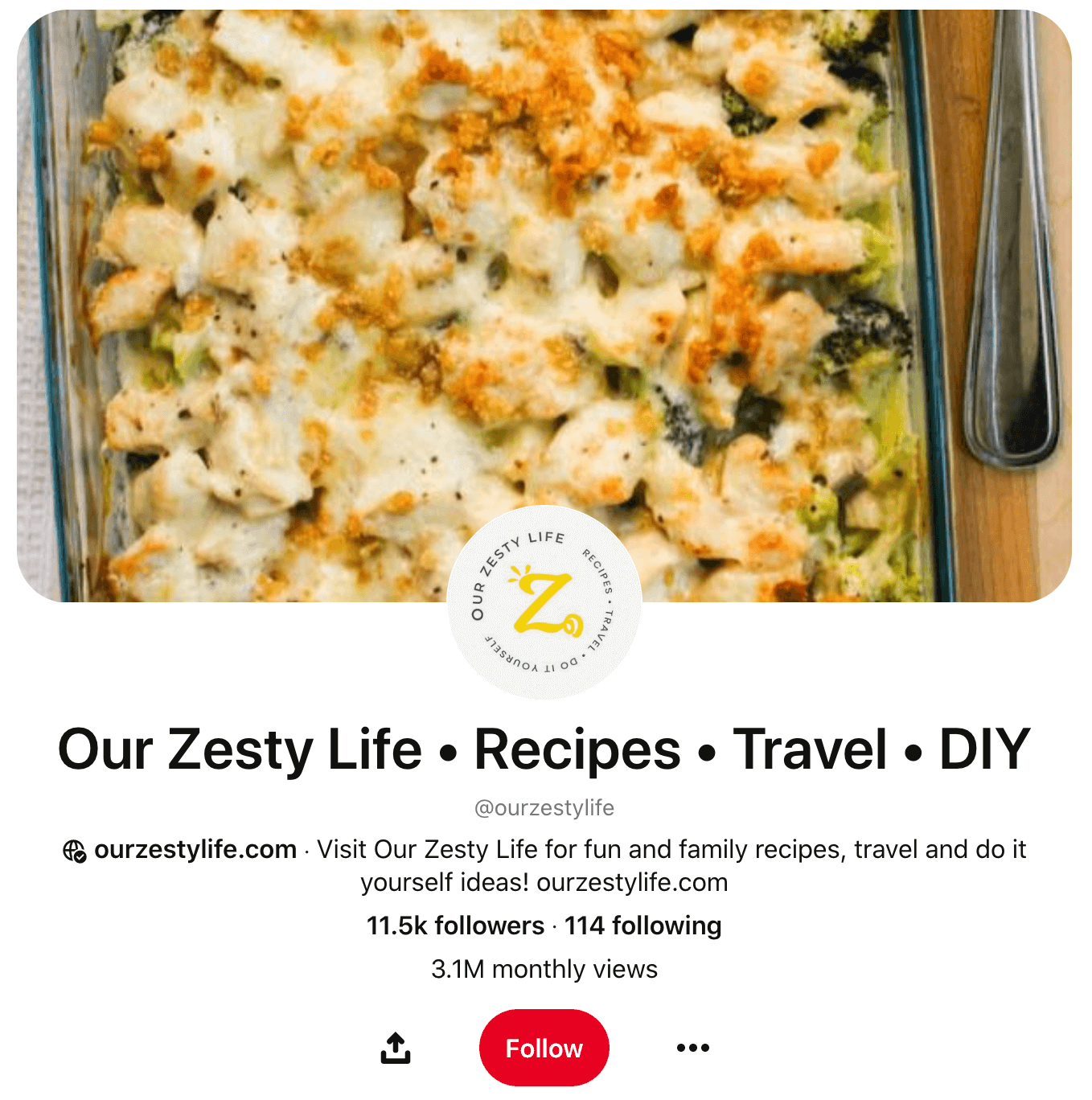 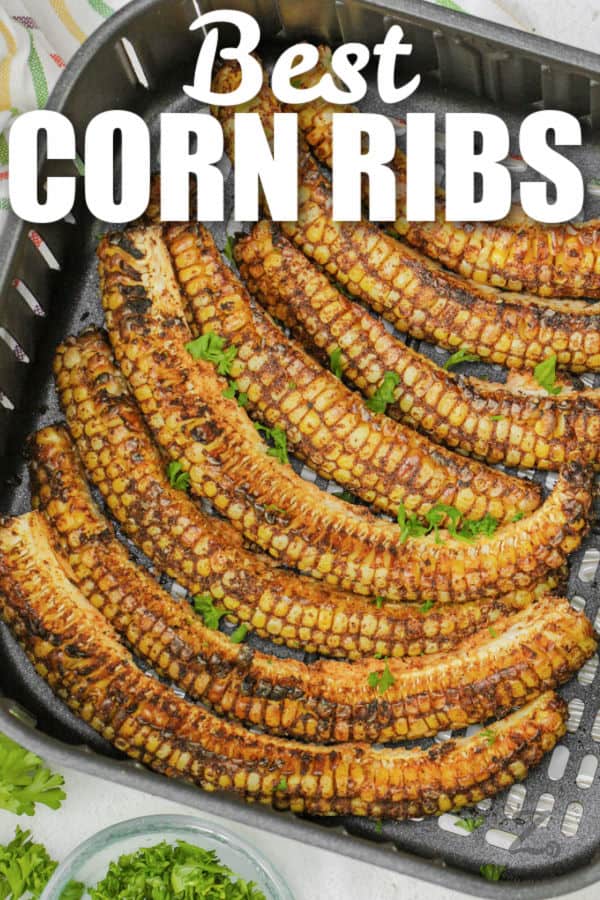 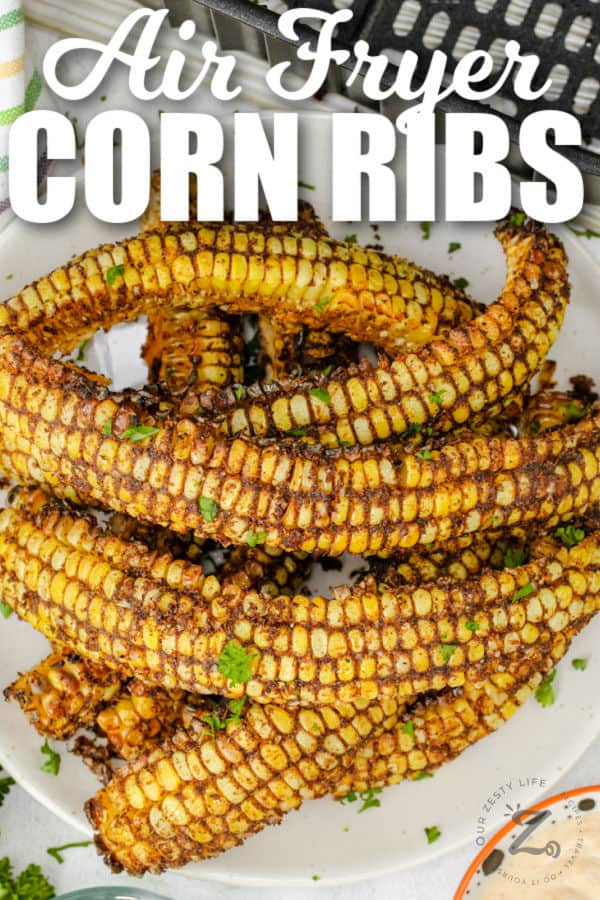 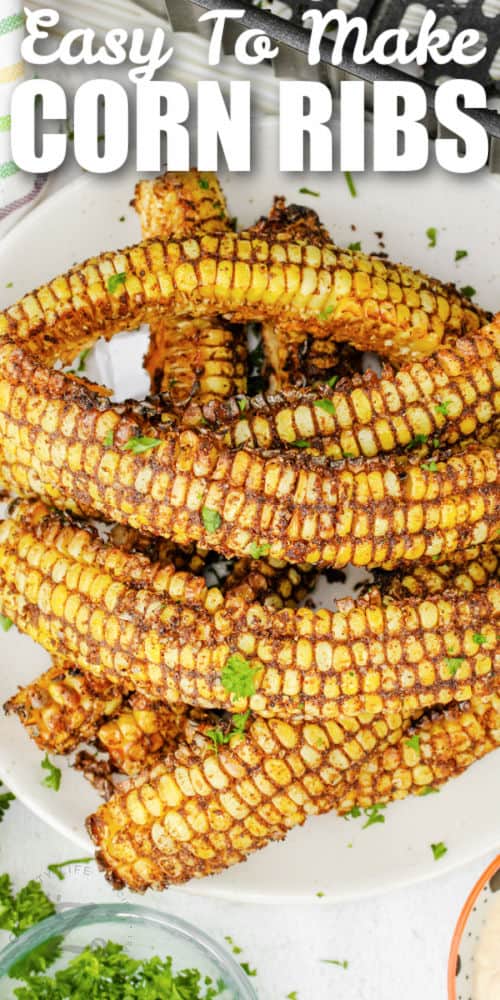 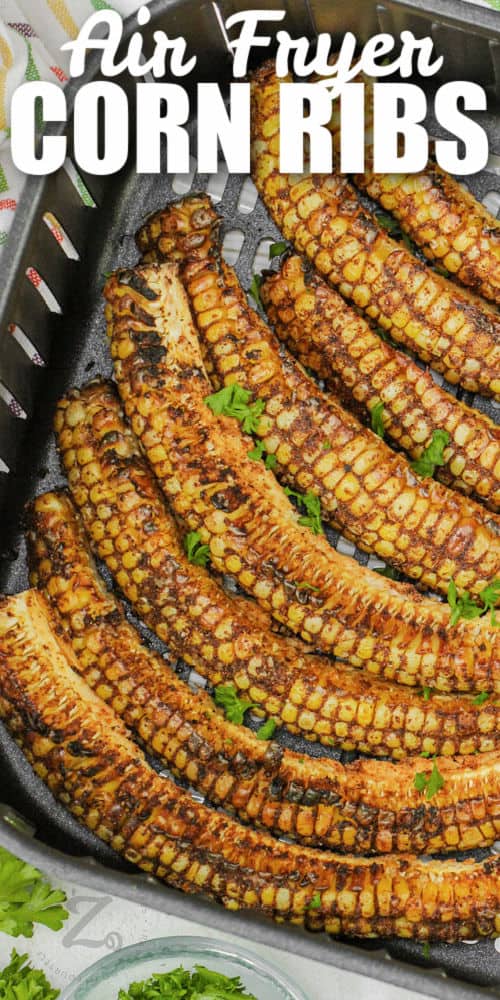 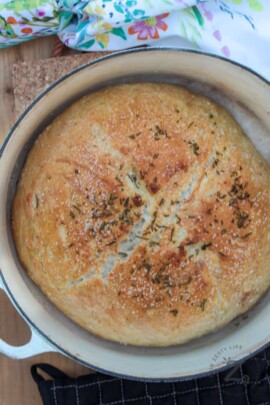 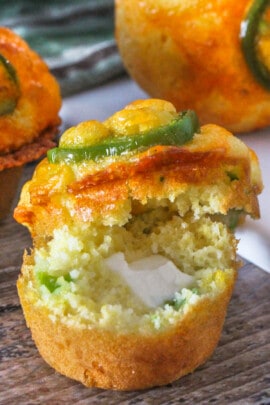 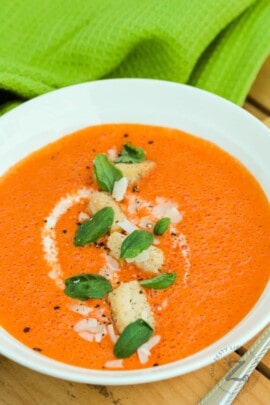 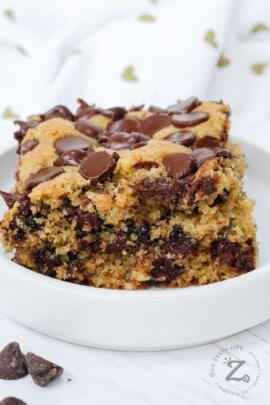 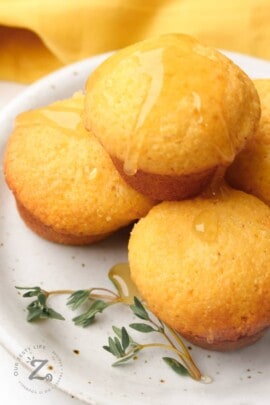 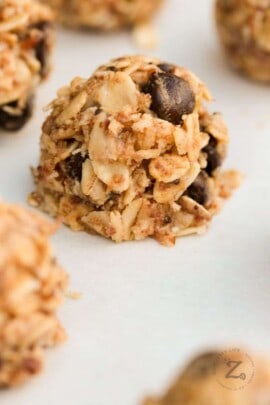 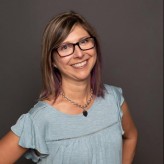 I am a wife, mother of two, and professional accountant. I love fantastic food, and it is so often the center of our lives, from everyday dinner, to family gatherings, and special evenings at fabulous restaurants. I have always loved cooking and baking, with my mom and grandma, and now, with my daughter and son. I love trying new recipes while enjoying my favorites too. I’m so happy to share them with you.
See more posts by Candace 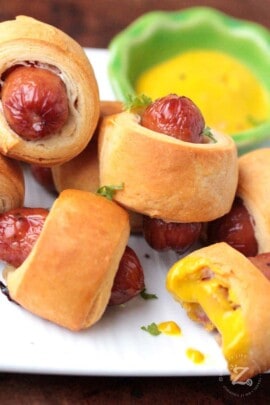 Mini Pigs In a Blanket 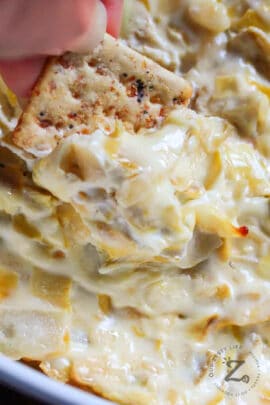 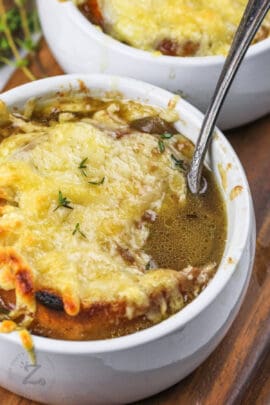 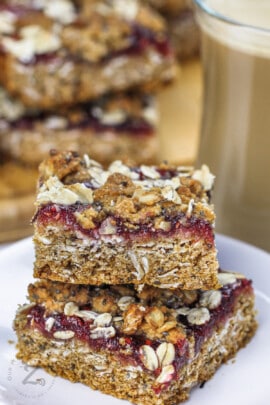 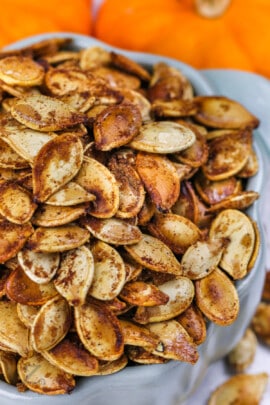 Welcome to Our Zesty Life

I am a wife, mother of two, and professional accountant. I love fantastic food, and prosecco is my go to! I have more cookbooks than anyone I know, and am constantly trying new recipes, while fitting in my favorites along the way. My handsome husband is amazing and supportive, and the best dad to our spunky daughter and rascally son! 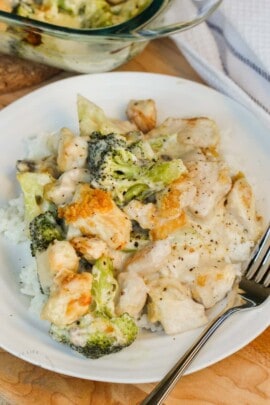 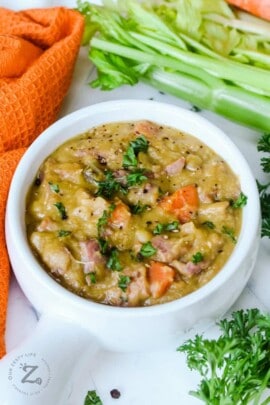 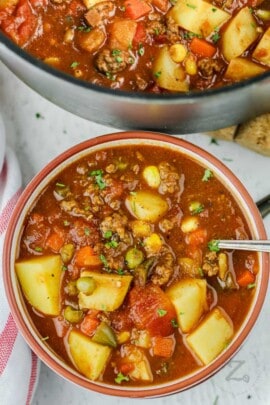 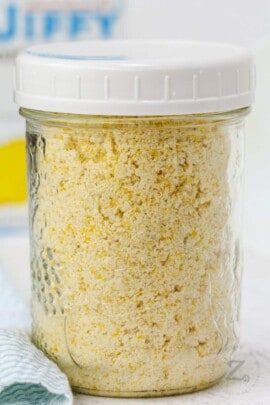 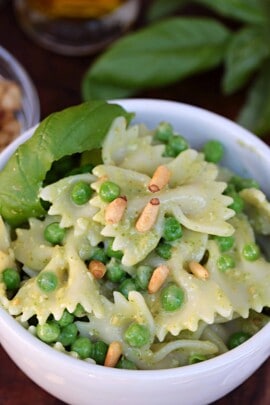 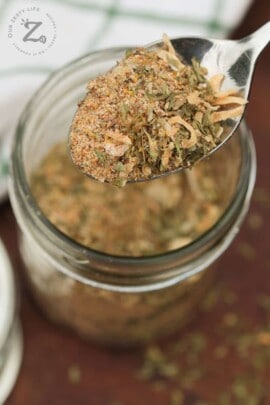