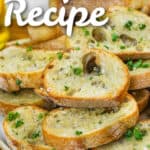 Prepare a batch or two of this Easy Crostini recipe for a bite-sized appetizer that’s quick and easy to make!

Everyone loves bread, especially when it has been heated in the oven, and topped with a little oil, salt, and garlic. That’s why these toasted crostini are perfect for entertaining and make a great base for dipping, dunking, or topping. Serve them seasoned with this simple oil and garlic recipe or dress them up as fancy appetizers. Whatever the choice, these tasty morsels are bound to please all the guests. 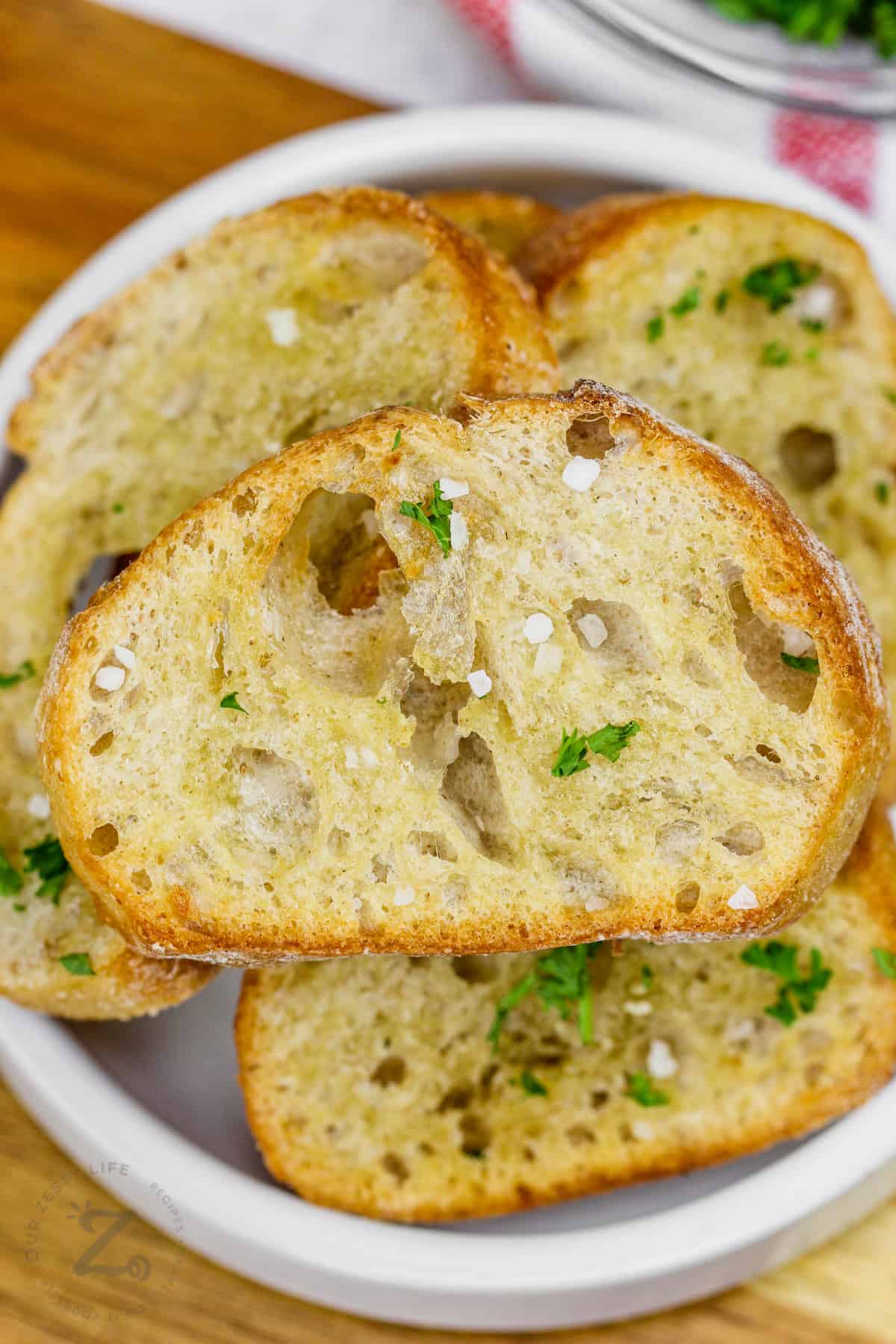 PIN this Easy Crostini recipe to your APPETIZERS Board!

Why We Love This Recipe 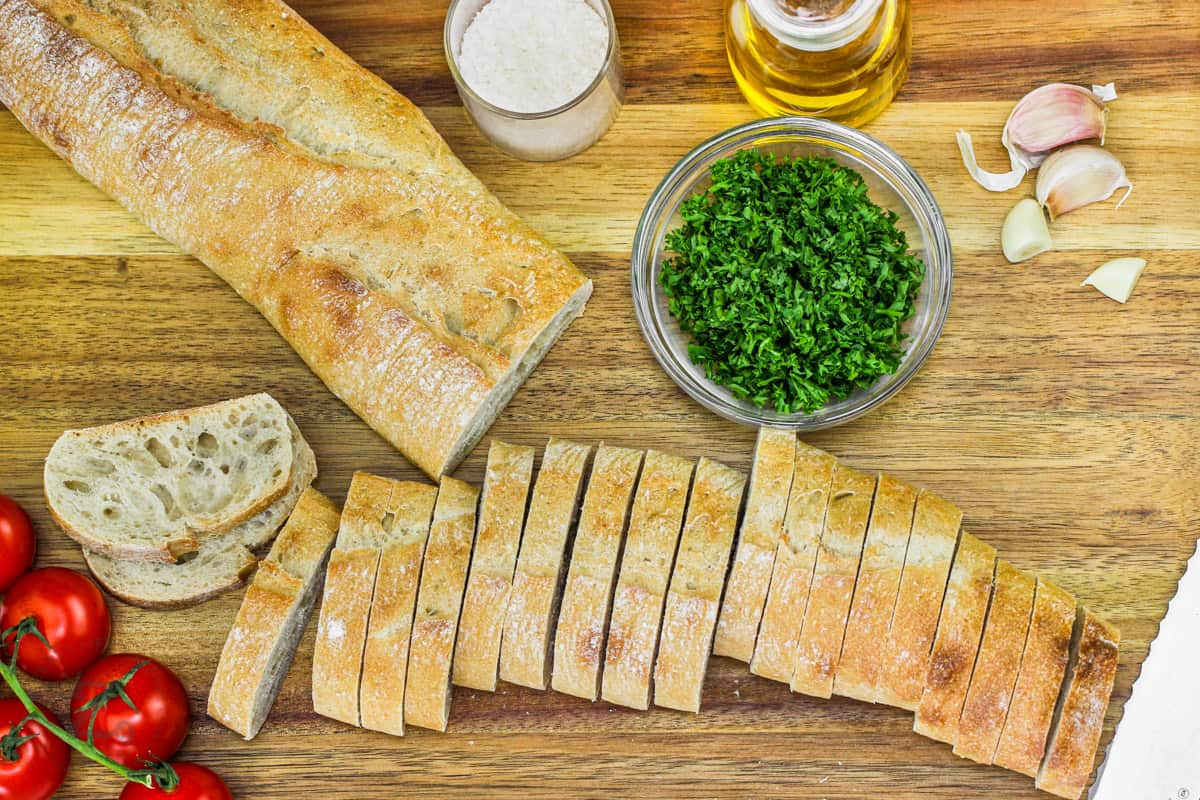 BREAD: Choose baguettes with a round diameter of about 3”, which is the equivalent of about two bites, for the perfect hand-held appetizer. Look for thinner, longer baguettes because they are more dense and have fewer holes than the ‘french bread’ style loaves. Other alternatives include plain baguettes, sourdough, whole wheat, or any artisan-seasoned baguette for this tasty recipe. Or DIY your own crostini using this no knead bread recipe and shape the boules into baguettes.

SEASONINGS: Anything goes! A brush of olive oil and a swipe of garlic give crostini a bit of flavor. Or alternately, use a DIY Italian dressing mix or this everything bagel seasoning. 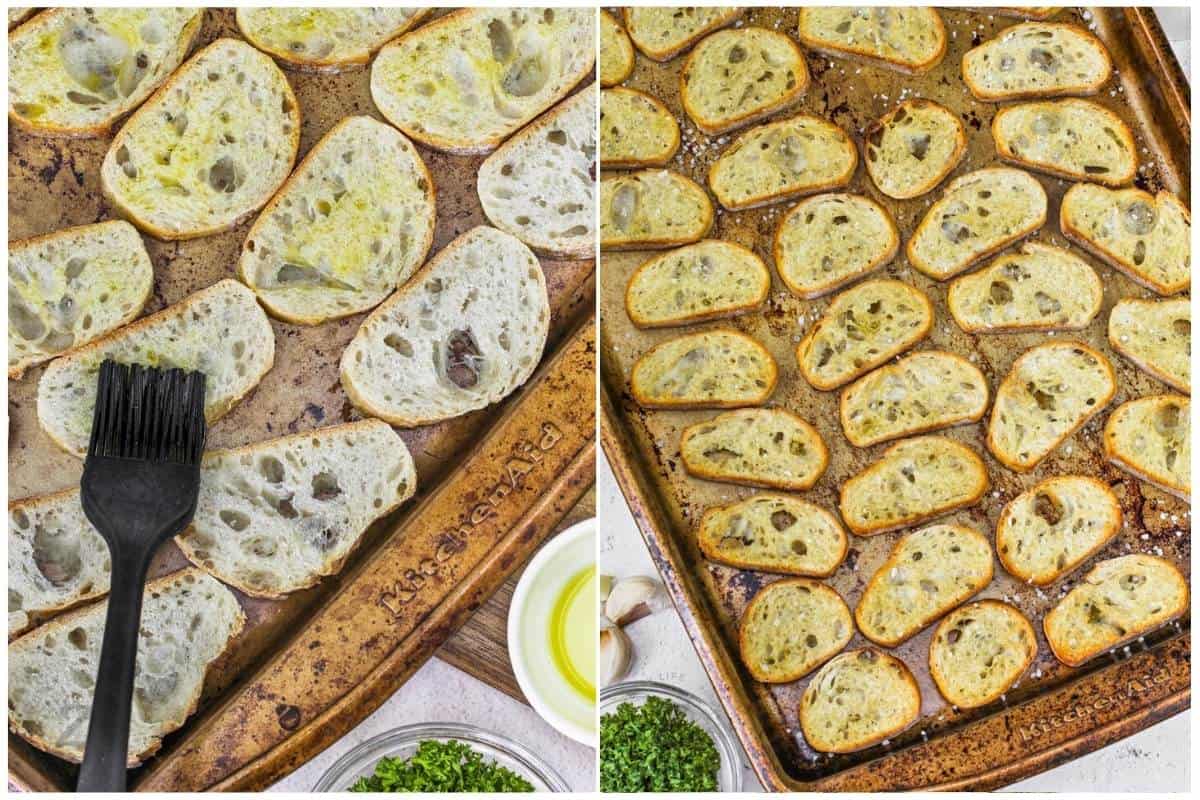 How to Make Crustini

Everyone loves bread! So sprinkle with a little oil and salt, and rub with some garlic for a new level of flavor. 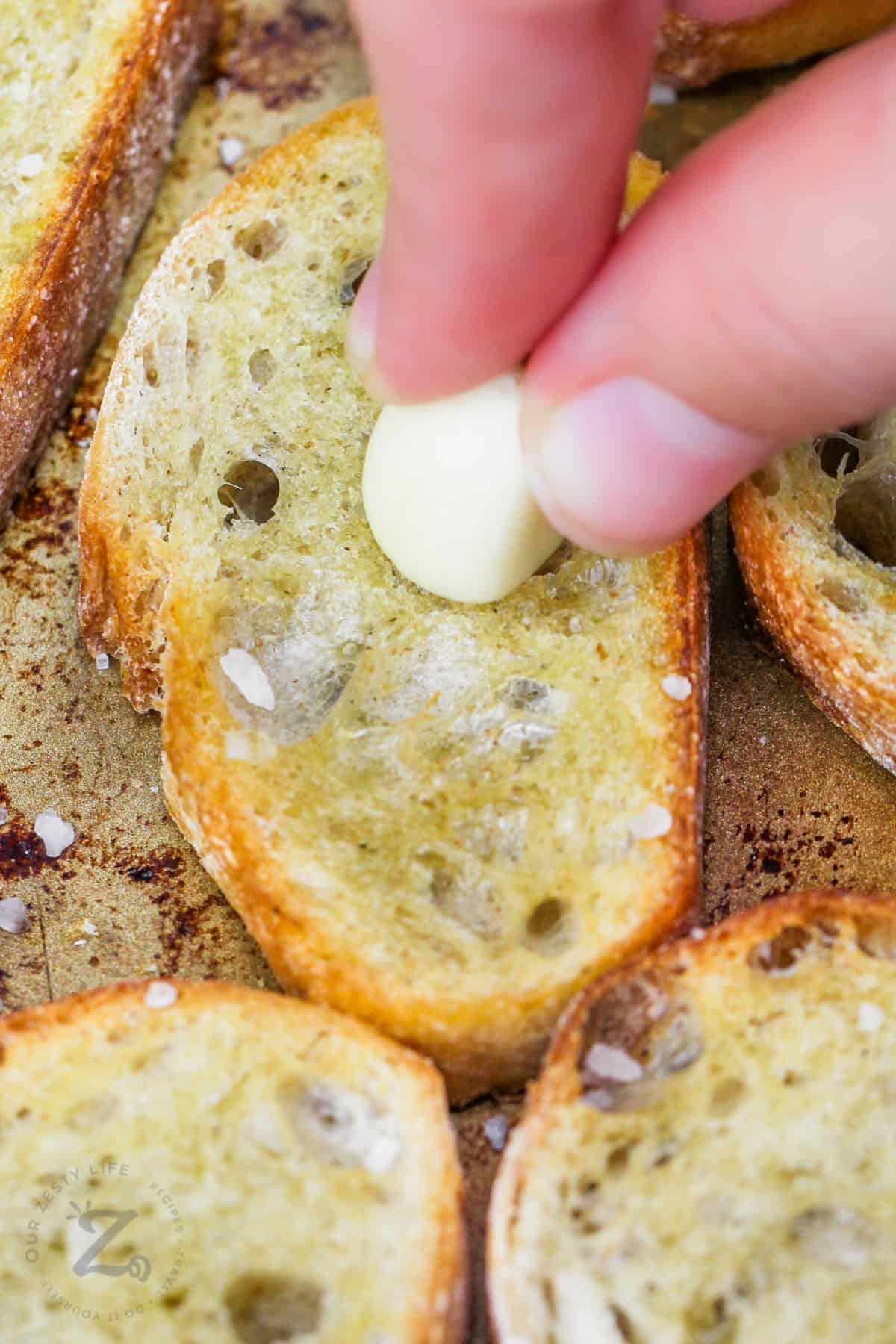 What Goes with Crostini?

What doesn’t go with crostini? Here are some ideas to get started: 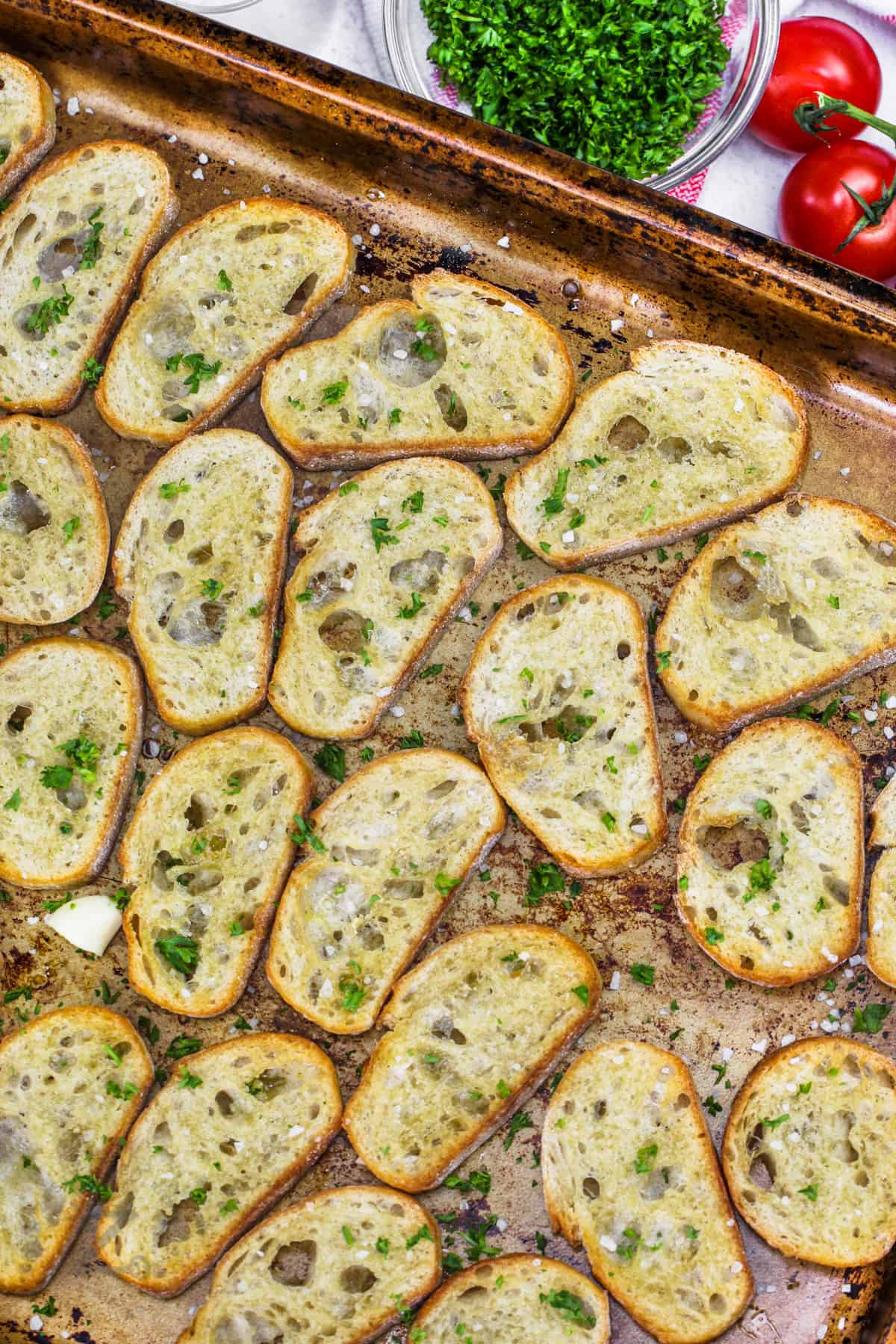 Keep leftover crostini, that haven’t already been topped, in a zippered bag at room temperature for about a month. If they get a little soft, simply crisp them up under the broiler before using. 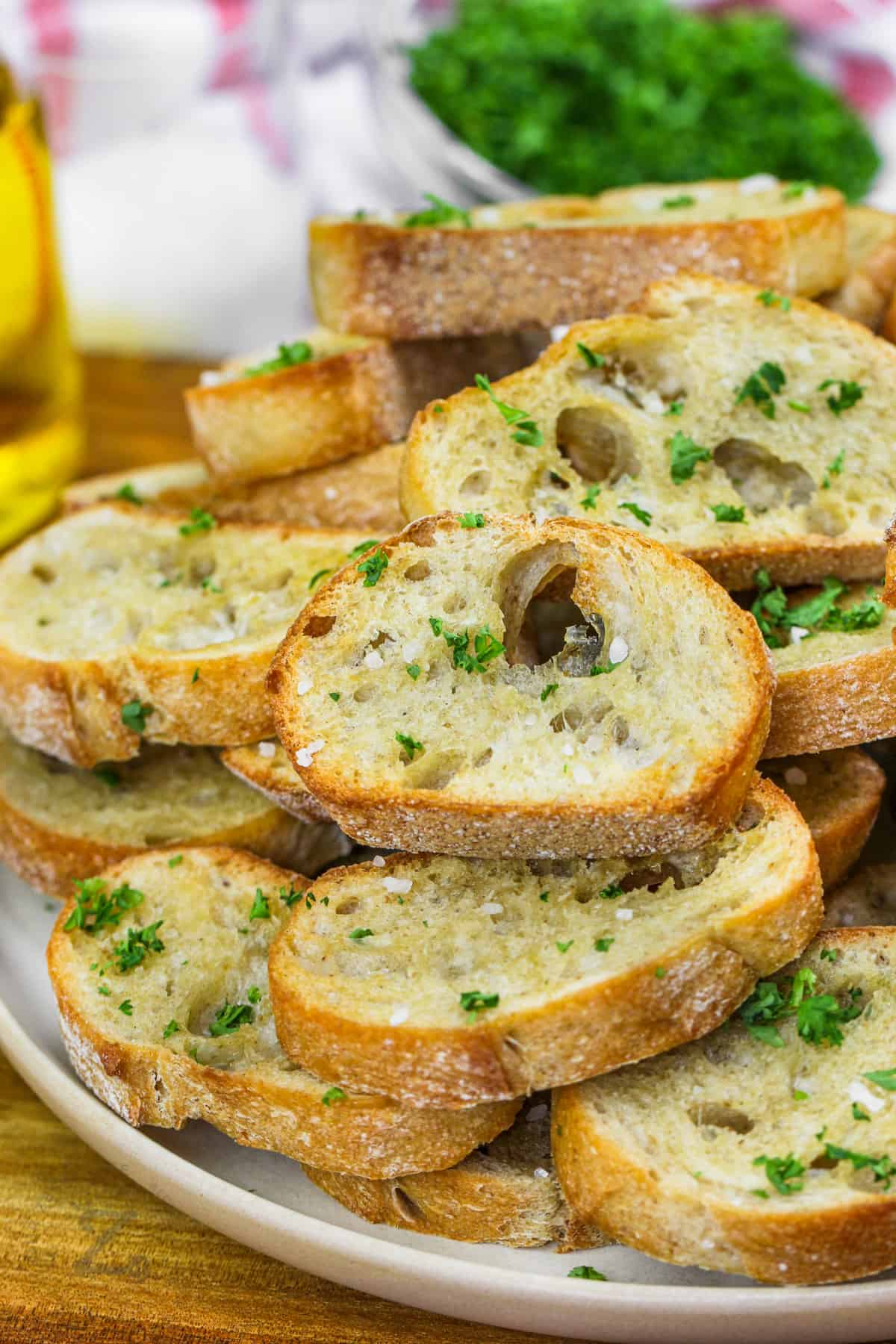 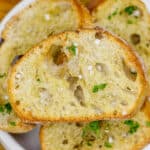 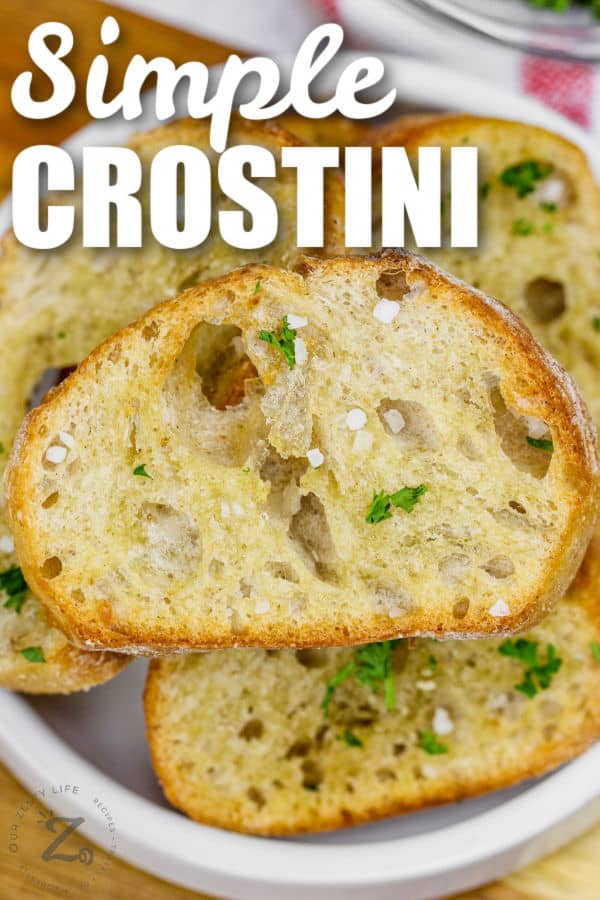 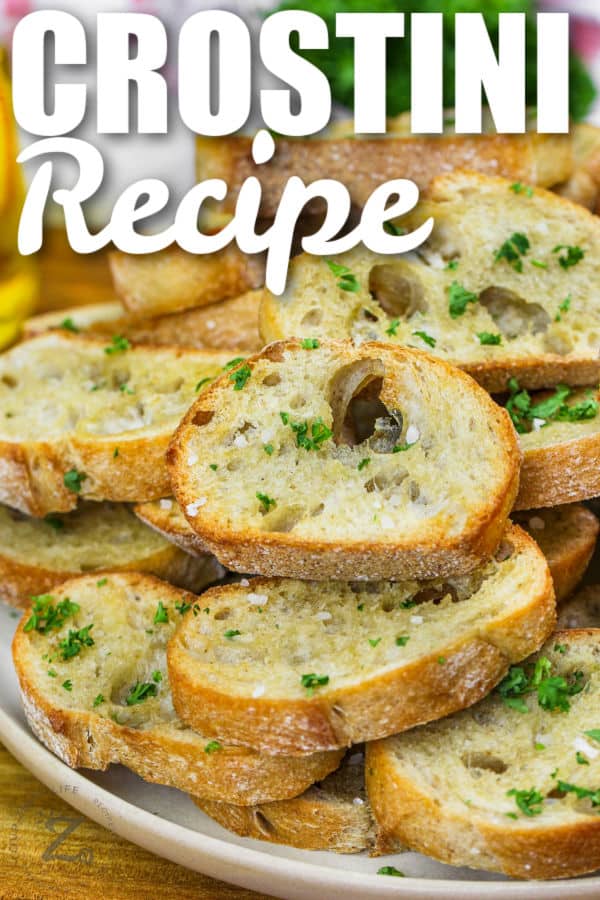 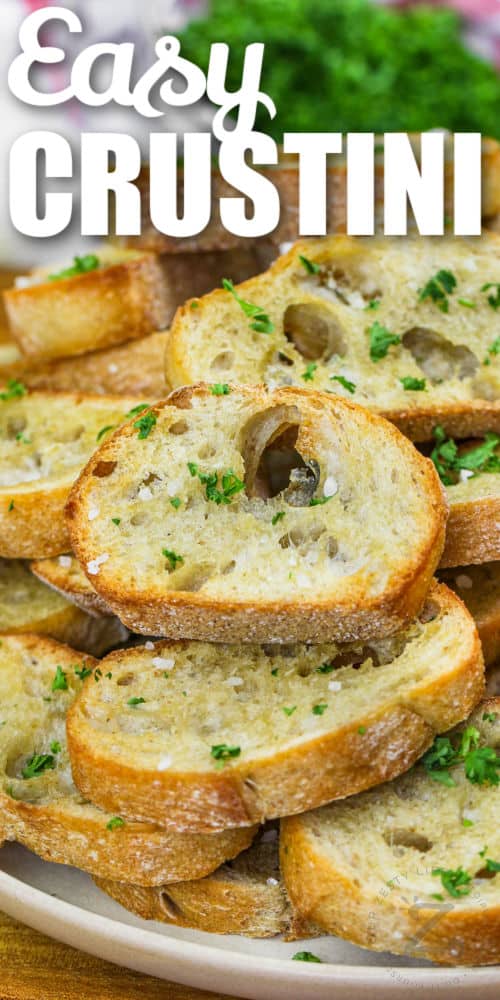 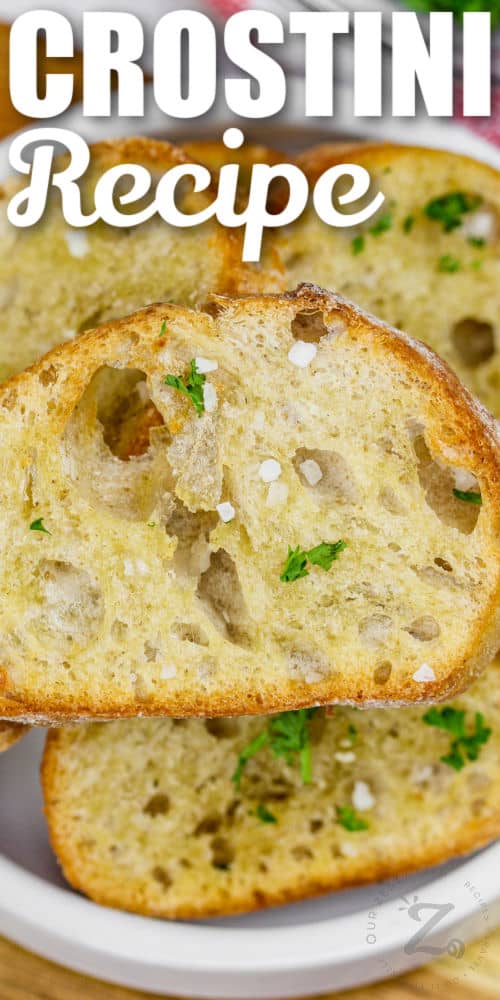 Recipe from Spend With Pennies

Make meatballs in an air fryer for delicious, vers

Lemon Orzo With Zucchini has a bright and citrusy

Baked Parmesan Zucchini is the perfect side dish f

Baked Whole Fish makes for a lovely presentation a

When it’s time to break out the Traeger, be sure