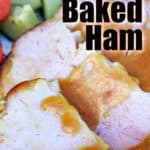 It’s time for that holiday favorite again! Oven baked ham! Take your ham to the next level and make it ‘hamazing’ and try this baked ham with pineapple recipe.

Not to be confused with a honey baked ham recipe, this baked ham with pineapple glaze is sweet AND tart, and the mustard and beer complements the saltiness of the ham perfectly! Don’t forget to save the bone for an amazing split pea soup, and leftovers for Ham and Pea Pasta Bake. 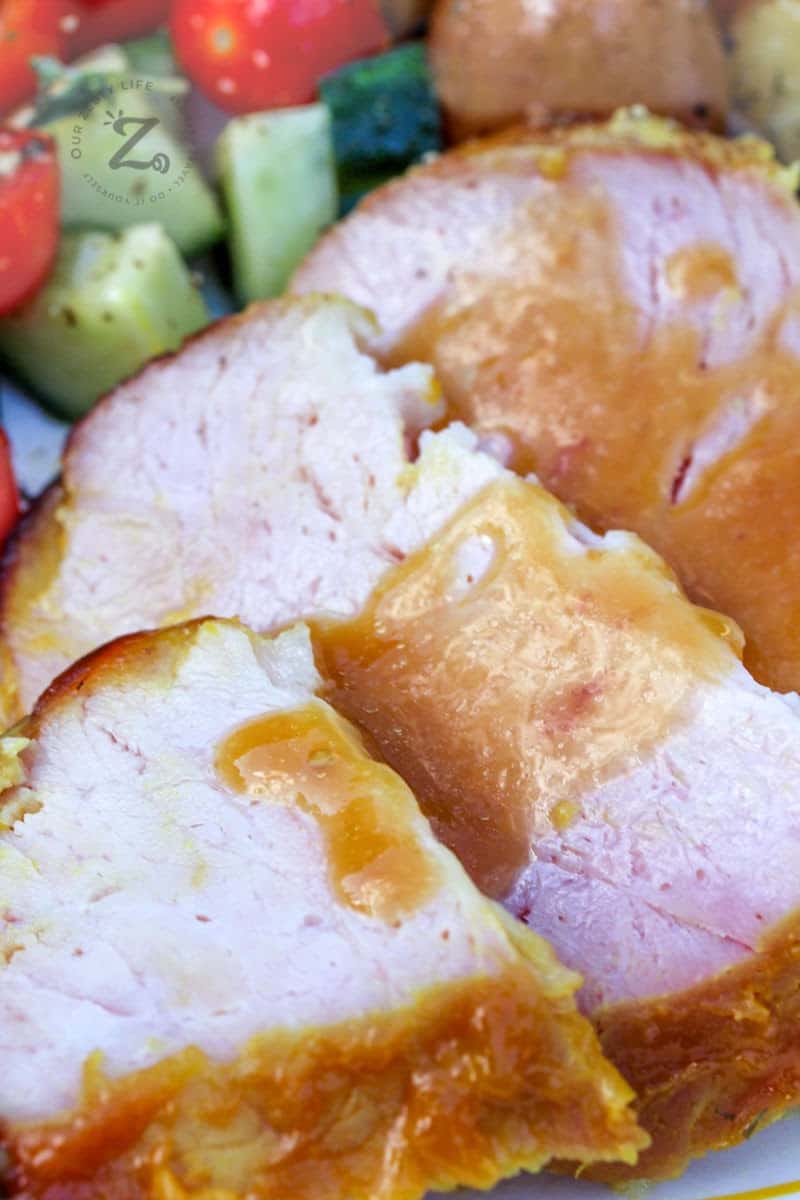 PIN this Oven Baked Ham With Pineapple recipe to your Main Dish Board!

How to Bake a Ham in the Oven

Most hams sold in the supermarket actually come pre-cooked and some are even pre-seasoned or smoked. Check the labels to be sure you are getting the right ham for your recipe. 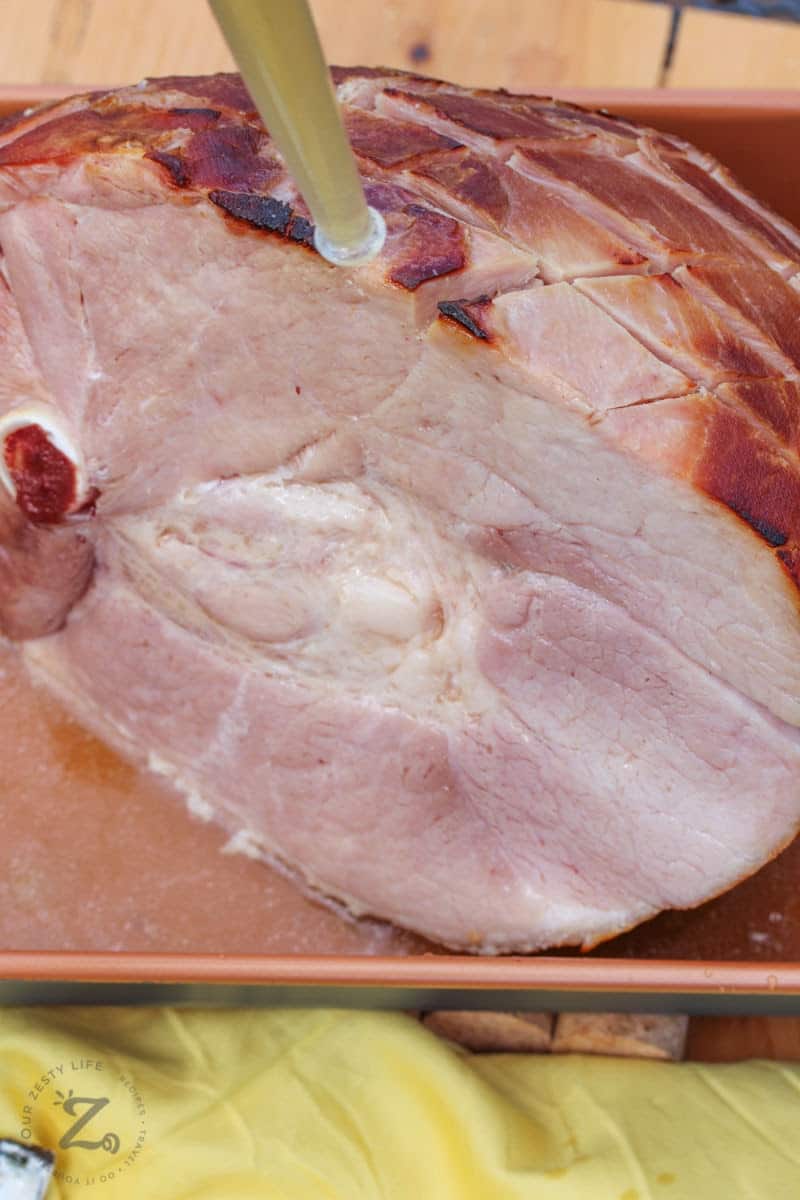 Most hams are bone-in and once the ham is fully baked, the bone is easily removed by cutting the ham in half vertically, removing the bone and then cutting serving portions from each half. We love to use an electric knife to make serving an absolute snap! 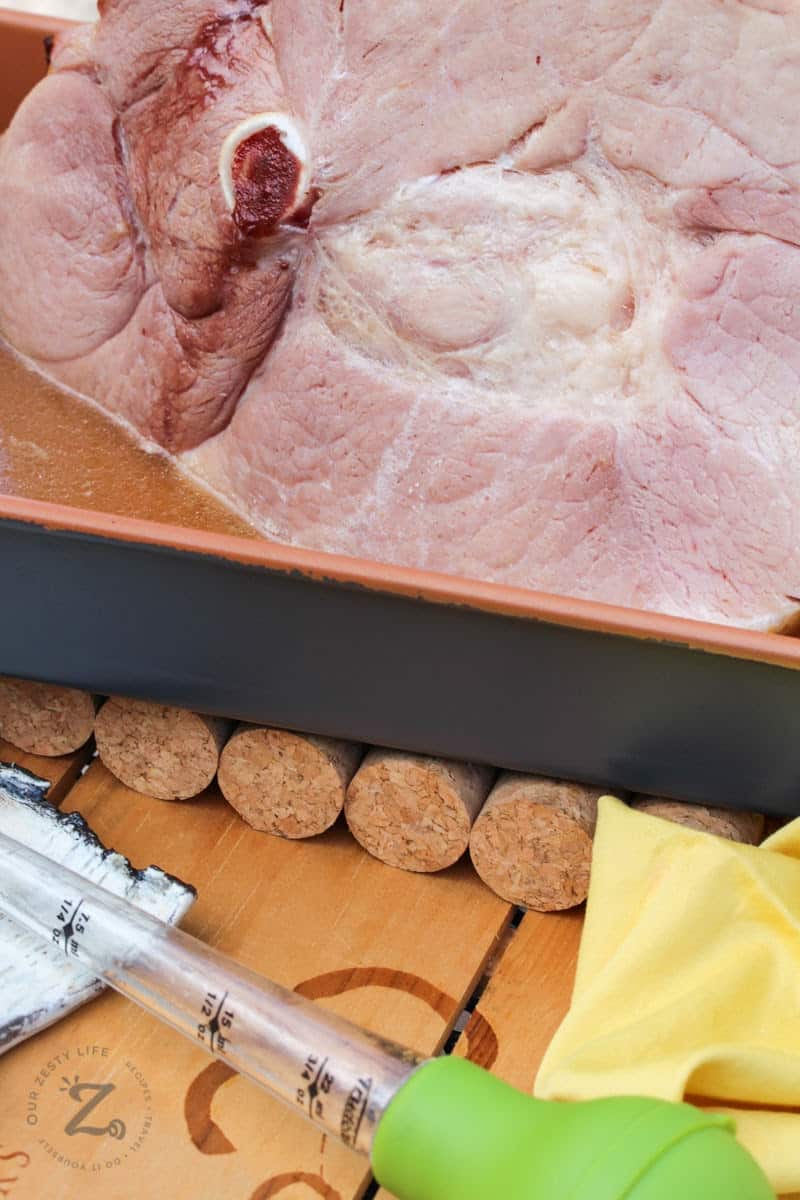 How Long to Bake a Ham

Always cook your oven baked ham to an internal temperature of 145 degrees and be sure to let it ‘rest’ after removing it from the oven. Use a digital BBQ thermometer to make sure it is cooked perfectly. The total ham baking time is approximately 4 hours. Depending on your baked ham glaze, covering the ham with foil is a good idea towards the end (or when the ham is resting) to keep the sauce from burning. 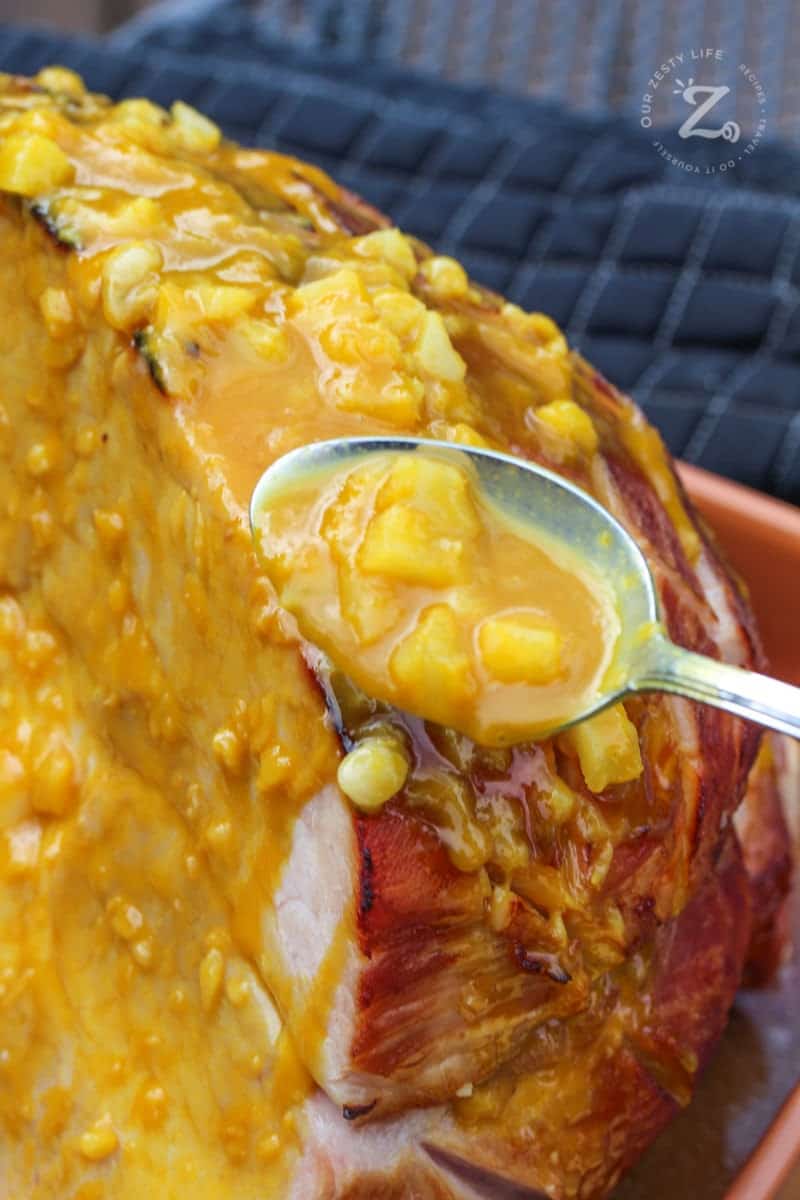 This recipe tents the ham with foil after it is removed from the oven to create some steam while the rest of the sauce is being cooked.

What to Serve with Baked Ham

Ham is so versatile, it can be served with nearly anything! For breakfast, a few fried slices pair perfectly with fried eggs and toast or a mock Eggs Benedict. Lunch can be a ham panini with melted Swiss cheese or chunks of ham in a hearty split pea soup. But, ham is the real star at the dinner table! 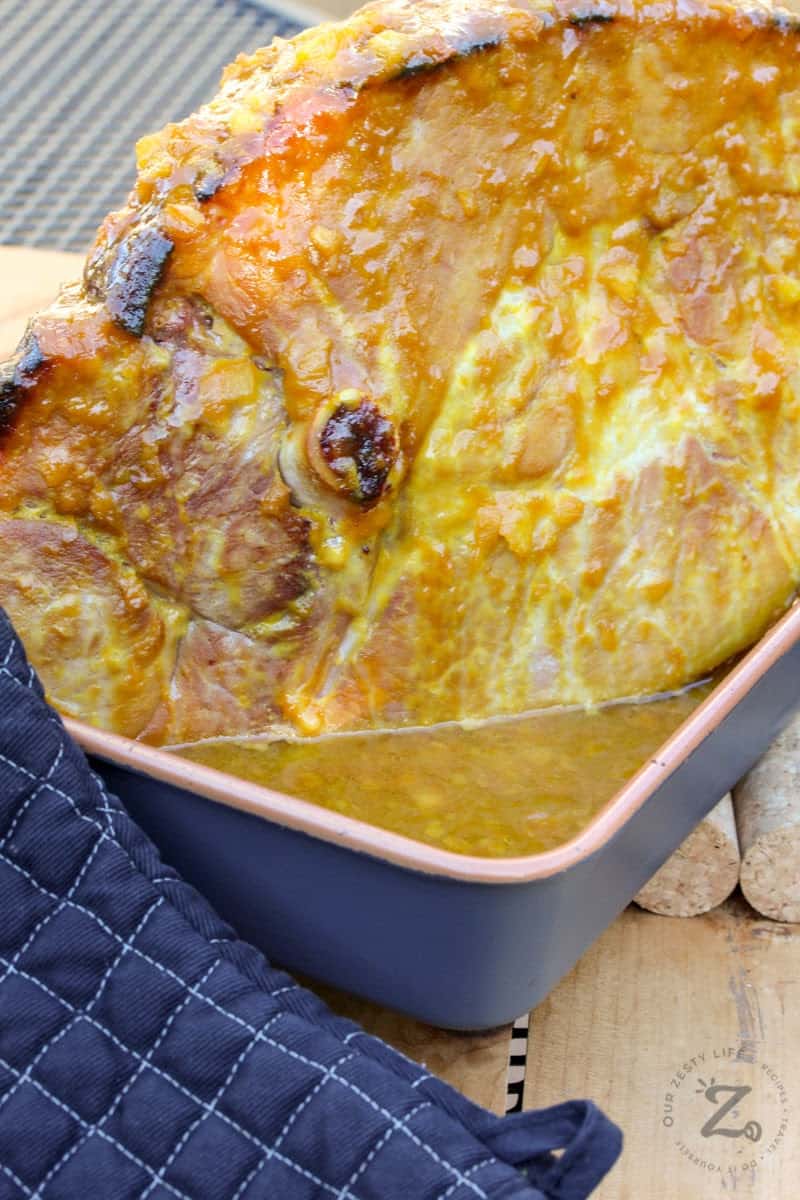 Cubed and served in a casserole or alongside a scoopful of mashed potatoes (or Irish potatoes), gravy (or applesauce), a side of veggies, ham is definitely an easy protein to work with!

Duh! Anyone can buy a pre-cooked, pre-sauced honey baked ham and they are delicious. But, it’s so easy, why not bake your own? You’ll want to use this recipe again and again for any occasion!

Bone in baked ham tastes juicier and melts in your mouth! You also get all the goodness from bone to make split pea soup or any other soup or stew.

You’ll want to use this recipe again and again for all of the occasions, such as Thanksgiving, Christmas, and Easter. 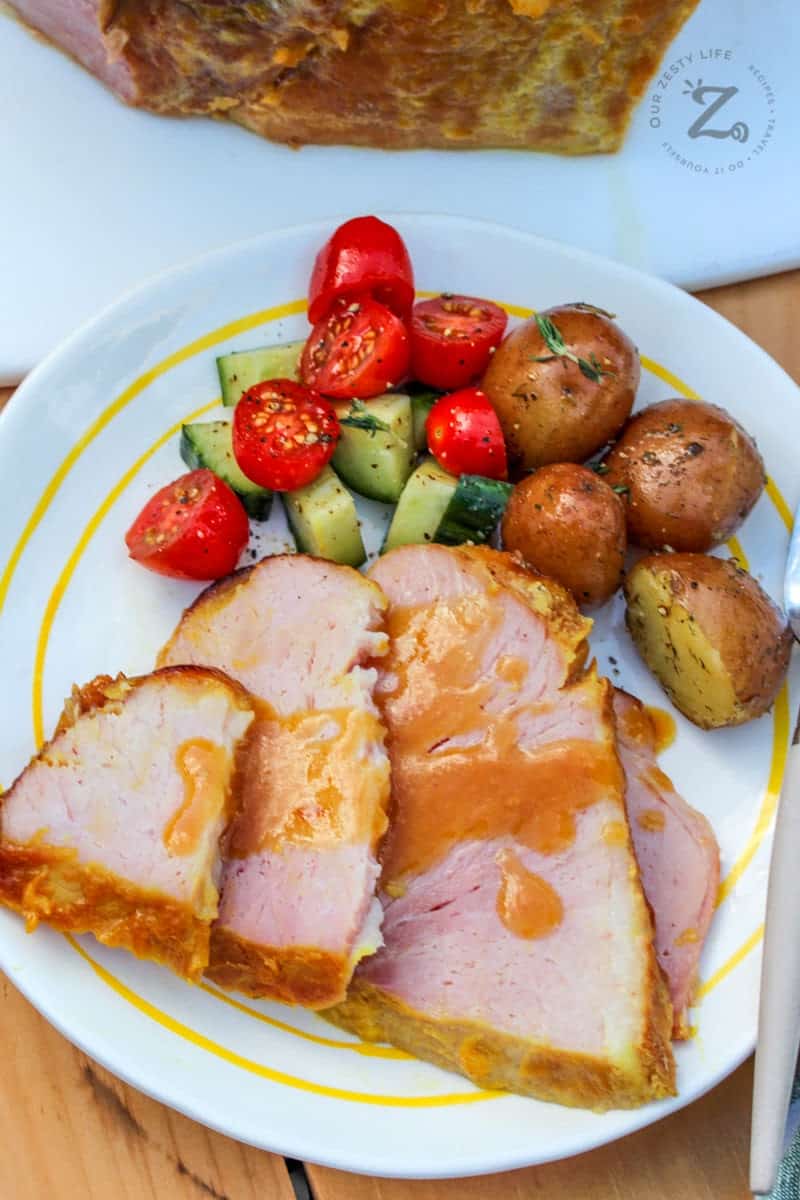 Do You Remove the Rind Before Baking a Ham?

Whether or not to remove the ‘rind’ which is that layer of fat that covers the ham is a personal preference. Some people might slice off some of the hard rind in order to sauce the ham so it will sink into the meat and stick to it as it bakes. Other people score the rind and place cloves at the intersections of the scored portions before baking it.

Ham is a very forgiving protein to cook with, it’s nearly impossible to ruin a baked ham! Enjoy it for a special occasion, or a regular Sunday dinner. 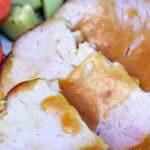 *If you have one can of beer, add ⅔ cup water to bring liquid to 2 cups. Ham and sauce will each keep for 4 days in the fridge. 12-24 servings 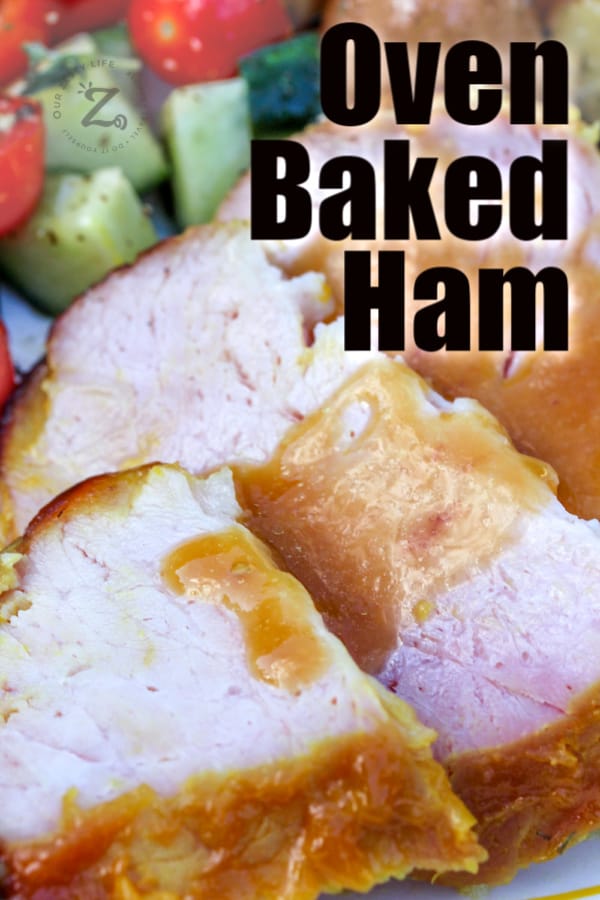 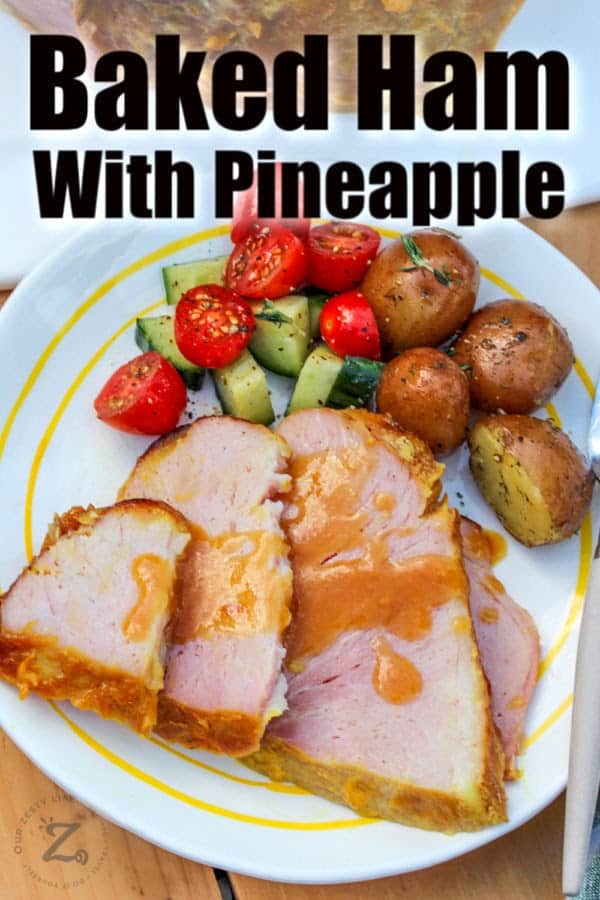 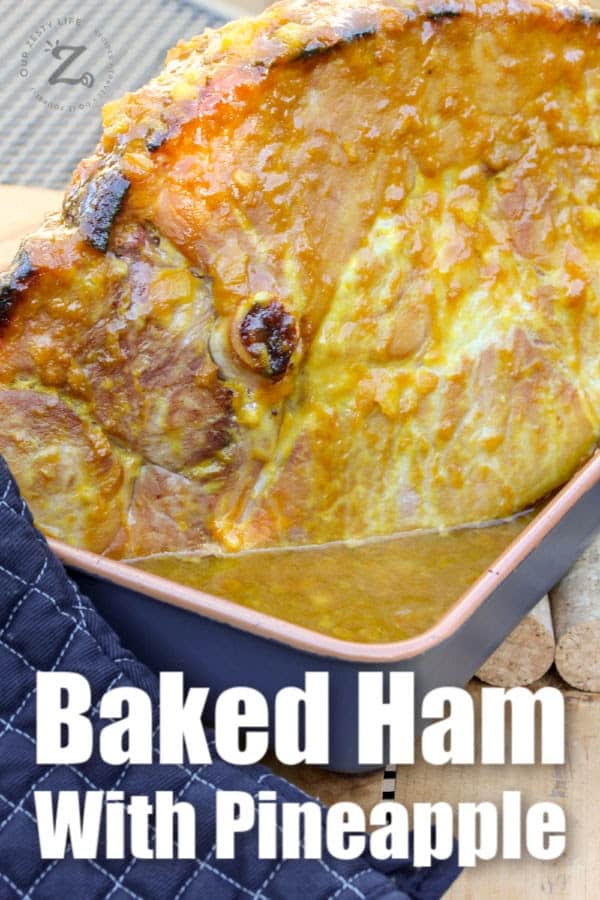 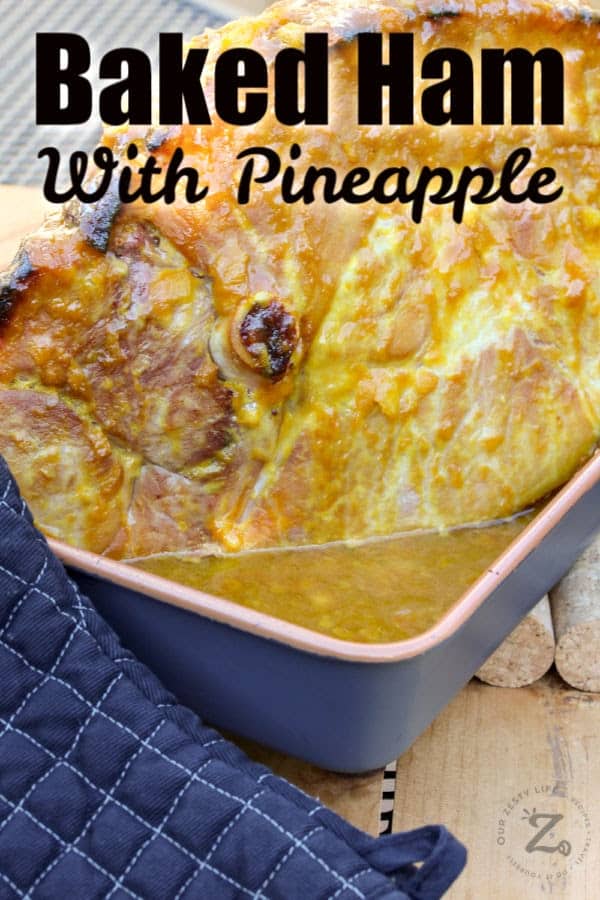 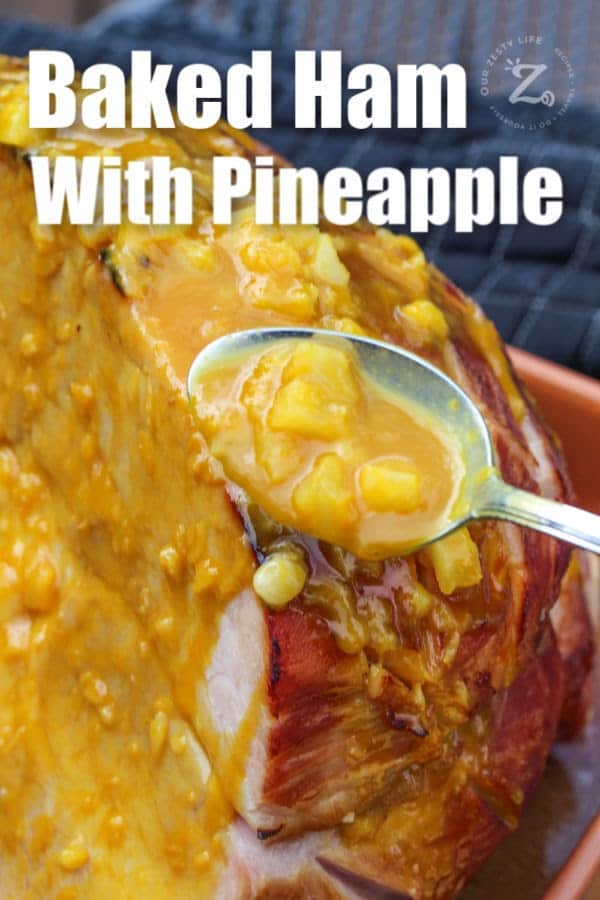 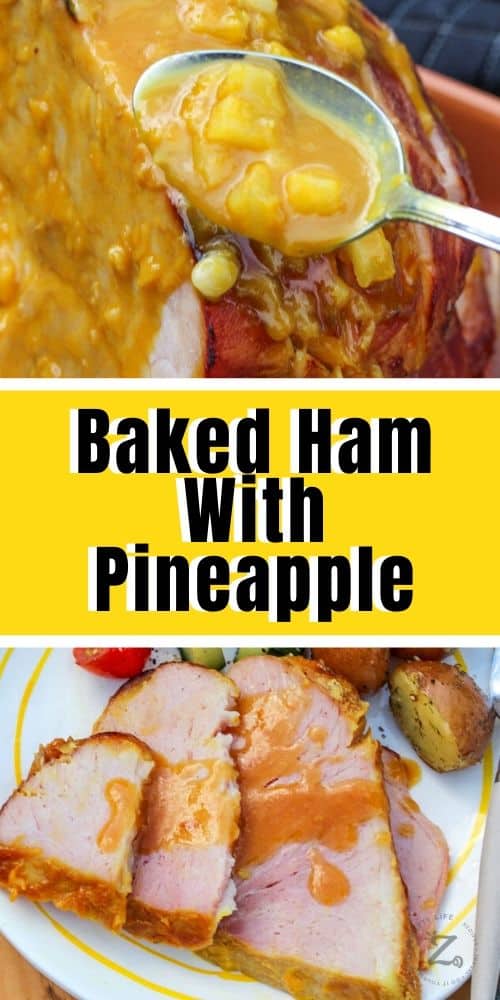